Satire in Verse has been in use since the Greeks and came to existence as a genre in the hands of the Romans. The purpose of Satire is clearly to expose the sins, mistakes or follies of a person or the various systems in an era through ridicule, contempt, rejection or disgust through verse in order to gain change in the person or the system. The use of satire in verse, either politically or to draw comments on daily lives of the noble, grew in impetus from the period of English Renaissance to Romantic period.

Despite satire existing in verse there was no author with a dedicated style to appear in English literature until John Skelton (1460-1529). Bowge of courte, A ballad of the Scottysshe Kynge, Speke Parrot Collyn Clout and Why come ye nat to courte were his notable satires. His influence on the era is significant and verse satire rose significantly during his period. Other notable contributions during the Elizabethan era were made by George Gascoigne – Steel Glass and Joseph Hall – Virgidemiarum.

During the 17th century satire in verse prevailed so much that it can be called as the age of satire. Hudibras by Samuel Butler can be considered as the first major mock-heroic satire of the age that criticized Puritans, Roundheads and other factions of the English Civil War. Then comes John Dryden who implemented classical satire in his works and influenced many satirists of his age and all the succeeding ages. Absalom and Achitophel is a fine political satire by Dryden and the prologue states a definition of satire which the modern world is using to determine as to what a satire is and how it should be written. Mac Flecknoe is a direct attack on Thomas Shadwell, a contemporary of Dryden. The satire in verse form entered a pinnacle in these two works and has become a standard to achieve for the ages to come. 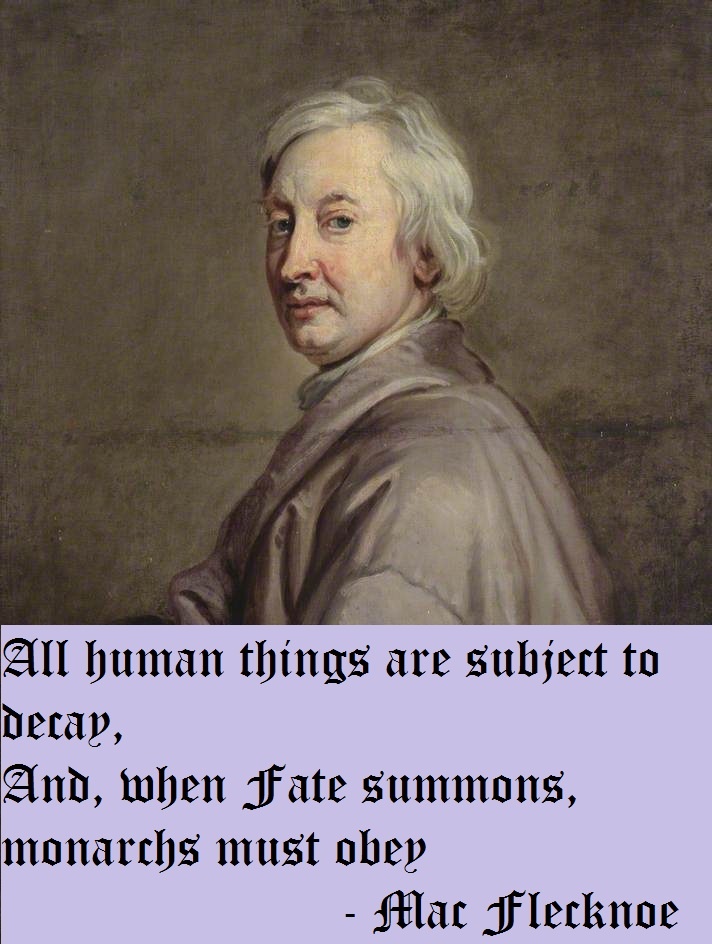 Alexander Pope with his two major works, The Dunciad and The Rape of the Lock, stand out as highly esteemed verse satires of English literature. The Dunciad was an attack on the critics of his era and those Pope felt were a menace to the society. The Rape of the Lock is written as an effort to lighten the heat between two noble families that were constantly under feud for cutting off Arabella Fermor’s hair by Lord Petre.

Samuel Johnson’s London, The Vanity of Human Wishes and other verse satires are worth noting. The Vanity of Human Wishes revolves around the theme of Vanity and has a huge psychological effect on the reader. Though Jonathan Swift belonged to the same literary period his achievements of satire in prose are more prominent than satire in verse. He has achieved satiric excellence in English prose and is a master of satire in his own regards. 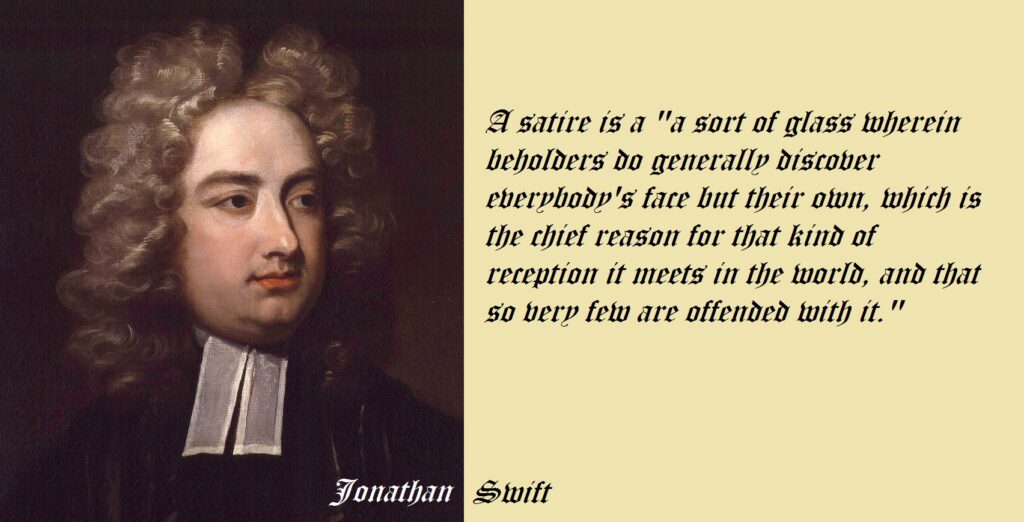 Satire was not a major genre applied by poets during the Romantic period. However, one can observe Crabbe, Keats and others trying it. The only major satirist who used satire in verse is Lord Byron. His two imperial works Don Juan and The Vision of Judgment are great achievements of verse satire and ensured succession of this poetic style to the next literary period.

There is a distinguished effort to revive satire in verse which can be observed through the works of Siegfried, T. S. Eliot, Sassoon and MacNeice. T. S. Eliot’s magnum opus The Waste Land too consists of satirical elements though the main theme is different. Their efforts bore fruition as satire in verse has been used as a powerful tool to highlight the vices of the age and hence contributing to the efforts of making a better world through literature.

There are numerous prose satirists from different eras who ensured the use of satire in the right way and make it an arrow to pierce the hearts of the wicked. However, there is no question that a good number of writers used the style for personal benefits or to please someone. Disregarding such personal endeavors a Universal application of satire in verse is always a great way to show what is going on in the society and what needs to change.