Johann Sebastian Bach, the masterful composer of the Baroque period has produced some marvellous works in his lifetime like the Toccata and Fugue in D minor. But, nothing comes near to the Goldberg Variations, which takes nothing short of wizardry to compose this classical work of art. Bach specifically wrote the variations for Harpsichord and the variations are based on the primary piece known as the Aria. There are thirty [30] variations and they are completely different from the Aria Bach composed.

Bach composed the Aria in the form of a Sarabande meant to compliment the dance interests of the Baroque period. It is meant to be soft music and has a simple time signature with the ¾ time. Aria is melodious and has a compelling bass line. The Aria is now presented with heavy ornamentation or with the same tone as Bach intended it to be. The variations are all based on the compelling bass line of the Aria and the Aria itself is repeated at the end of playing the thirty variants. Here are the 30 Variations that are together known as Goldberg Variations. 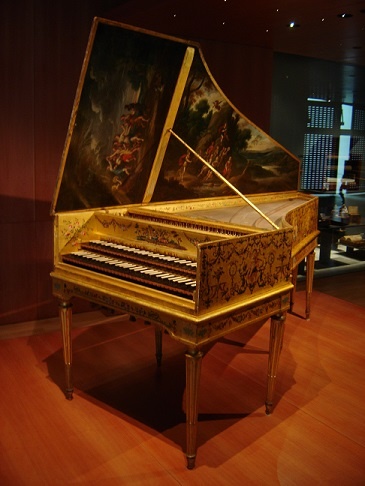 Varatio 6. Canone all seconda. a 1 Clav.

Why did Bach named his works as Goldberg Variations?

During the time of Bach, there lived a Count named Kaiserling. He was not a healthy person and often suffered with sleep deprived nights. In such times, he used to ask young Goldberg to play the Harpsichord for him. When on an occasion Kaiserling met Bach, he asks Bach to compose a soothing music that can fill the air with cheerfulness. Now, Bach had the idea of trying out Variations of his works and he believed that this was the right chance to experiment. Bach completed the works and it was the duty of Goldberg to play them every time the Count asked them for. Kaiserling was cheerful indeed when he heard the variations and he even proclaimed them to be ‘his’ variations. As the first performance of his Variations was given by Johann Gottlieb Goldberg, they became popular as the Goldberg Variations.

Although, there are many critics and historians who agree that Goldberg at that age should not or would not have the capabilities with the Harpsichord to perform the complex variations composed by Johann Sebastian Bach.

Why was Bach inspired to take upon the variations of Aria?

George Firderic Handel was a contemporary of Bach, who had an Aria with 64 variations associated to them. The Variations were small and were based on the bass line of his Aria. Bach might have understood the effectiveness of the variants if they were produced in a larger scale than the eight measure length produced by Handel. So, when the time was fit Bach developed on his Aria and produced the variants that were of thirty two measures each.

The Goldberg Variations are published in the year 1741.

The work of Bach was so sophisticated that most of the Harpsichordists hesitated to take upon the work. However, it was Glenn Gould who re-introduced the magic of the variations at the age of 22 when he played them for Columbia Records. Gould’s recording in the year 1955 became a masterpiece and people were curious about learning the complicated nature of the Goldberg Variations.

In the modern world, many have tried their hand to produce the magnificent composing of Bach and many have succeeded, while many have faltered. Interestingly, many have tried it in a piano which makes it far more difficult as Harpsichord to explain simply is a traditional instrument with two keyboards. However, there is a grace is using the piano as it produces new sounds for the notes and mastering the Goldberg Variations means mastering the instrument. Such was the sophistication of Bach, but his works are melodious, graceful and the listener would transcend into a new plain joyfully involved in the notes that came forth.