Johannes Brahms belonged to the Romantic period and is well known as a pianist and composer. According to Hans von Bulow he is one of the “Three Bs” in music, the other two being Ludwig van Beethoven and Johann Sebastian Bach. The style of his compositions resembles that of a traditionalist but Brahms himself considered to use a style that is innovative and traditional. This style has led to the presence of romantic motifs in what seems an academic composition. Symphony 1 in C minor is no different for the critics and analyzers. However, the underlying beauty of the form and use of different instruments has made Symphony 1 in C minor the best in the compositions of Brahms. 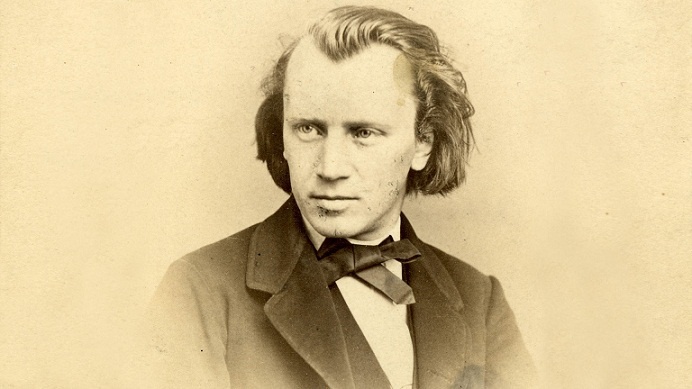 Brahms is well known to throw away compositions that he did not like and many of his works are not published because of this reason. It shows the dedication towards his work and the perfection he strived to achieve. He took almost twenty one [21] years to compose the Symphony in C minor in the manner that he wanted. His major inspiration was Symphony 9 of Beethoven and he modeled his symphony in C minor just like Beethoven’s famous symphony. From the year 1855 to 1876, Brahms worked on the symphony. He completed the work in fourteen years and took another seven years to lay finishing touches to the work. In November of 1876, Symphony 1 in C minor Op. 68 was premiered in the Grand Duchy of Bade. Brahms friend and conductor Felix Otto Dessoff conducted the premiere which lasted for above fourty five minutes.

Un poco sostenuto – Allegro – Meno Allegro: The first movement is composed in C minor with the ending being in C major. The introduction emphatically starts with drums underlined with the use of other instruments. The whole first movement is unique for the extravagant use of different instruments and shifts of composition as waves of sound fill the ear. Finally, the movement comes to peace with the ending in C major.

Andante sostenuto: The second movement is composed in E major and is in ternary form with A-B-A structure. The section consists of solo performances with the instruments – oboe and violin.

Adagio – Piu andante – allegro non troppo, ma con brio – Piu allegro: The fourth movement is composed in C minor and C major with a lot of distinct parts that combine the whole. It is the longest movement with triumphant cycles that run adjacent to the traditional compositions typical to Brahms.

Overall, Johannes Brahms could achieve greatness of his luminary [Beethoven] with the Symphony in C minor. The grandeur that the symphony illuminates is the greatest triumph of Brahms as he reached to the position of Beethoven and Bach with a single composition. The other compositions that were done during the period and after it made him one of the best composers in the world.