Ludwig van Beethoven during his life time has composed some serious works which have become instruments for research and means for attaining pleasure. If we keep all his works at one end of scales and weigh it with the Symphony No. 9 in D Minor, Opus 125 probably the Symphony 9 would weigh more. Such is the phenomenal perfection that the orchestral work contains and its grandness of movements is remarkable. 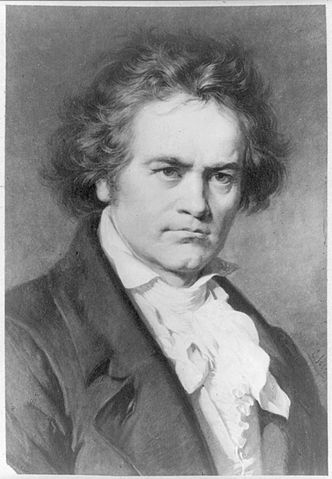 For Beethoven it took over a good thirty years to complete the symphony and is the final complete work of the man who became profoundly deaf after its composition. Apart from the grandness of movements, the Symphony 9 also includes vocal soloists and full chorus to sing the poem “Ode to Joy” or “An die Freude” by Friedrich Schiller. Beethoven broke the barriers of Classical Western Music and created a large orchestra that lasted for over an hour. The use of chorus in a symphony was a refreshing change and Beethoven didn’t sway from the Classical models with the inclusion. This made the Symphony 9 act as a bridge between deflating Classical period and the inflating Romantic period. Here are the famous first lines of Friedrich Schiller’s “Ode to Joy”: 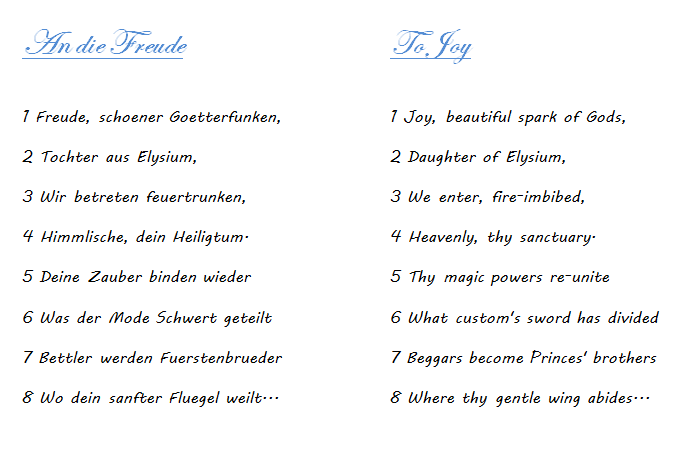 Ludwig van Beethoven’s intention to use the “Ode to Joy” made it difficult to compose the Symphony 9; however, it is observed from his notebooks that revisited the poem many times and composed many versions. He created well above two hundred versions of the poem, but still was not satisfied. After decades of efforts and impregnating every note with joyous wisdom his Symphony 9 was premiered in Vienna in the year 1824, May 7. Symphony 9 is composed in four movements:

The symphony was novel with a mixture of Classical Symphony notes and oratorio that includes the “Ode to Joy”. As a result, some people couldn’t digest the fact that there is oratorio in an orchestral work and some were wondrously blown away by the innovation of Beethoven. The premiere of Symphony 9 has seen the largest orchestra that was assembled by Ludwig van Beethoven and he was joined by The Vienna Music Society, the Kärntnertor house orchestra and many talented performers and musicians. Although, there were mixed thoughts about the piece every negative though on the symphony slowly vanished and till date there is an overwhelming response to the work with millions of people admiring the sound technique of Beethoven and the magical elegance of Symphony 9.