Imagine how Picasso would sound if he was known by some other name! Would it smell as sweet as it does? Not anymore! While the true essence of an artist lies in the power of his artworks, did you know that some famous paintings have been renamed altogether by someone other than the artist?

As a matter of fact, artists giving official titles to their artworks have emerged as a recent phenomenon. In the past, art historians rather resorted to descriptions than giving a specific name of art to identify their works.

While it may sound baseless and silly to dwell on the names of arts, a recent study affirms that changing the titles of an art piece can do wonders to change the visual admiration of the paintings. So, before you order oil painting recreated just as the originals, get set and ready for reading through our list of famous artworks that were bestowed with new names:

Did you know that Leonardo’s greatest masterpiece of all time “The Mona Lisa” wasn’t officially known to the world fraternity until after his death? In fact, Giorgio Vasari described in his famous book‘The Lives of the Most Excellent Painters, Sculptors, and Architects’ that the portrait depicts ‘Mona Lisa,’ who was the wife of the Italian merchant Francesco Del Giocondo. And because the feminine meaning of her name translated to “La Gioconda” in Italian, it became the painting’s official title. 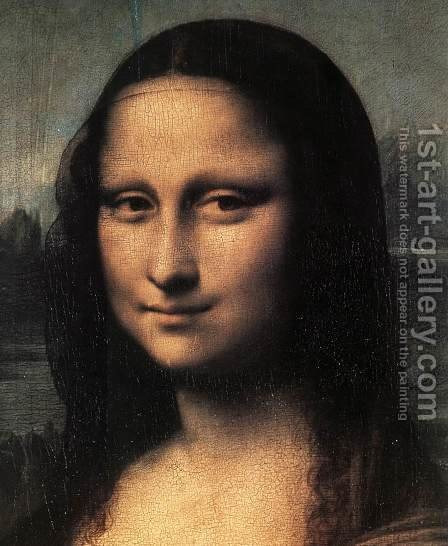 Now, here comes the twist. Whilst ‘Mona’used to be the title of respect in Italian at the time, it somehow stuck the English-speaking art world which combined it with ‘Lisa’ to become the visual illustration of the idea of happiness advocated by the word “gioconda” in Italian.

Here’s one of the world’ most appreciated yet mysterious portraits of all time! Painted by none other than Van Eyck’s in 1434, ‘The Arnolfini Portrait’ became the talk of the streets with many mysteries surrounding — does it lay testimony to a weeding? Is the woman pregnant? What does the “Jan van Eyck was here” signature mean? And who are those anonymous figures reflected in the mirror? Out of all the secrecies, what made most people ponder about was the identity of its subjects. 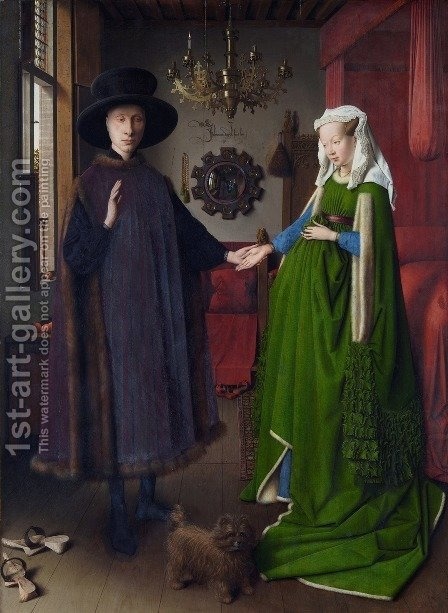 The secret was only unveiled in 1857 when Giovanni Battista Cavalcaselle and Joseph Archer Crowe mentioned about the couple in their book titled‘The Early Flemish Painters: Notices of their Lives and Works’. While the characters drew inspiration from the 16th-century inventories kept by Margaret of Austria, the characters were finally identified as Giovanni Arnolfini and his wife. And thus, the painting got famous by the name of “The Arnolfini Portrait.”

While Picasso is arguably regarded as one of the greatest artists of all time, he has painted a wide assortment of paintings in his lifetime that were sure to be featured on any list of famous paintings. One such art piece that he painted in 1907 was initially called “Le Bordel Philosophique,” or in simple words, “monbordel.”

However, in 1916, when this Picasso painting was showcased for the first time to the public at André Salmon’s Salon d’Antin, the critics and curators at the exhibition labeled it “Les Demoiselles d’Avignon.”

The new name sought inspiration from the famous brothels in Spain, known as Carrerd’Avinyo, in addition to the word “demoiselles,” which meant ‘young ladies’. While the great artist Picasso was out rightly exasperated due to the prissiness of the name, the word of the mouth spread like a forest fire and the recent painting was imminently established under this name.

Another timeless masterpiece that got its name face lift, ‘Whistler’s Mother’was first submitted by the painter James McNeill Whistler to London’s Royal Academy of Arts under the tuneful title, “Arrangement in Grey and Black.” Although, the master-artist did choose the subject of his painting to be his mother in a bid to study the color and form, he certainly never thought that it would go down in history named as ‘Whistler’s Mother’. 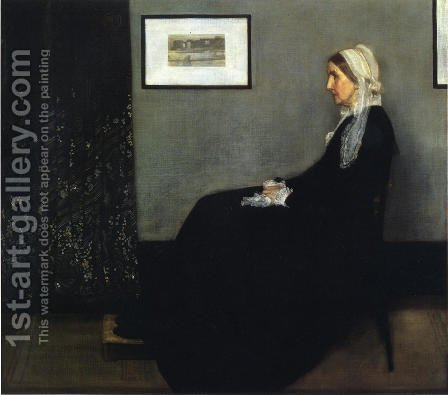 After all, legend has it that his mother acted as a replacement for the model who missed the appointment. It is also said that McNeill had originally thought of the model standing up, but since his old mother grew too uncomfortable to keep posing while standing, he had to change the theme and setting of the entire painting and adjust it as per his mother’s convenience.

Shakespeare may argue, “What’s in a name?”, but some names have helped to exceed expectations of the artists and made paintings live forever. All the famous paintings in the list will carry on their late etched names and the artists’ names forever creating an eternal place in the history of art.