The “Bard of Avon” William Shakespeare is an eminent figure in literature known for his plays, poetry and acting. There is no documented evidence about the exact date of birth of Shakespeare; however it is recorded that he was baptized in Stratford-upon-Avon, England on April 26, 1564.

“He was the man who of all modern, and perhaps ancient poets, had the largest and most comprehensive soul”, states John Dryden and the statement is justified if one understands the amount of intensity and critical study Shakespeare presents through his works like Hamlet, Macbeth, The Tempest, Julius Caesar, Romeo and Juliet, etc. If you want to learn more about William Shakespeare, here are the 5 interesting facts you might have ignored about him. 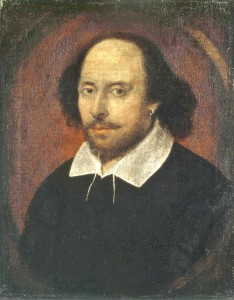 The death of Shakespeare is still a mystery and the historians couldn’t conclude precisely the cause of death or the date of death. However, in the Holy Trinity Church it was recorded that William Shakespeare was interred on April 25, in the year 1616. Shakespeare’s grave has an epitaph on which a curse was carved against moving his bones and the grave is preserved till day not because of the curse, but because of the respect he attained through generations by producing masterpieces, which are timeless.