Skip to content
Home » Guest Posts » Seneca: On The Shortness Of Life – Relevancy of his predictions today!

The world around us has changed. We are getting used to seeing all that new types of transport, computers, modern fashion, and absolutely new world structure. Many things have changed. The changes also occurred in the form of governance but the human factor is an obligatory part of qualitative work is left. The wide range of possibilities that governance can provide to the person can be very attractive sometimes. What is still relevant today not depending on the new world rules? Political predictions come true and we can see everything that still stays invariable. In such considerable shift does the philosophical statements of Seneca influence people, are they considered relevant to the contemporary world where everything is buttons and clicks? Read through to understand how Seneca’s thoughts are useful, relevant and wise to this generation and the generations to come.

The Story Of Seneca

In the beginning of our era, the province of Spain was already quite Romanized and many talented natives made brilliant careers in the capital of the empire. Among them was Lucius Annie Seneca. He was a Roman horseman from Cordoba. In his youth, he studied oratory in Rome, listening to famous speakers and teachers of rhetoric. About that he wrote a book for his children and grandchildren in his old age. Later, he moved to Rome with his wife Helvia and elder son Novat, entering the civil service, and also acting as a lawyer in court and attorney in matters. In Rome, in 1 BC the second of his three sons was born – in the future the famous politician, orator, poet, philosopher and educator of Nero, Lucius Annie Seneca the Younger. 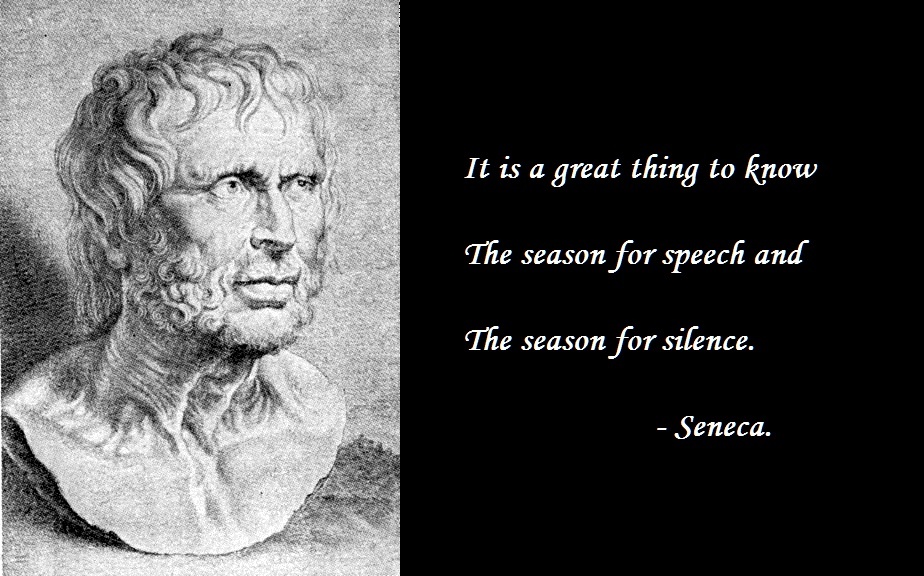 Seneca wrote speeches, poems, letters, and dialogues.Thus, we can present him to ourselves, firstly, as a statesman of the age of Caligula, Claudius and Nero, and secondly, as a poet and writer, the author of nine tragedies. In addition, as a teacher of life and mentor in virtue. And finally, as a Stoic philosopher, an invariable representative of the school in all textbooks on the history of philosophy. However, all these hypostasesare rather arbitrarily divided. Seneca is known in the political arena primarily as a mentor and educator of the young Nero; in poetry, he is a moralist; in philosophy, admittedly, he is controversial and superficial. He was inclined to bring the depth and coherence of thought into a sacrifice to the beauty of rhetoric and the ethical pathos of the preacher. What does it mean? Apparently, it would be more accurate to define him precisely as a teacher of life, a practical philosopher, not a theoretician, but at times the striking disparity between Seneca’s sermons and teachings to his own way of life and deeds disturbed his contemporaries, and that he himself was well aware.

On The Shortness Of Life

Philosophical dialogues, or rather philosophical sermons of Seneca, have one common feature that gives them charm and persuasiveness: the philosopher-preacher does not stand on the pedestal of his own invulnerable wisdom (although preaches it), and below, along with readers who are still only striving to this wisdom to rise. “On the shortness of life” is a reflection of a politician and a businessman. It tells a story of a person who failed in politics and affairs.

“On the Blessed Life” was written ten years later and it is the apology of the philosopher accused by public opinion of leading a non-philosophical way of life that preaches one thing and does another. It tells about a person who calls for virtue and asceticism, for renunciation of pleasures and contempt for vices, and he himself made a fortune. People believed that big money is not being made honestly. There were rumors that Seneca was cashing in on seizures ofthe property of repressed citizens. Besides, the character does not renounce high the situation at the court of Nero, where corruption, debauchery, intrigues, murders became a daily occurrence and where a decent person, not to mention a preacher of virtue, doesn’t belong. Thus, the opinion of Seneca on time and life still seem controversial.

Often, this book is included in the college educational program. This fact only proves that the ideas  and the best predictions presented in Seneca On the Shortness of Life still remain relevant and meaningful nowadays, which is why teachers often ask their students to read and analyze it, or even write an essay on it. However, one can’t realize all the depth of it if being distracted by writing. Thus, it is wise to ask for assistance with a paper at UK EduBirdy to concentrate on the philosophy of this book.

It is curious that in the literature of the last decades the treatises of Seneca became the subject of not only detached historical and philological studies. There are many controversial opinions. There is a kind of public trial over Seneca, as if he is our contemporary, another defendant of the Nuremberg trial. Repeatedly, the names of Hitler and Stalin sound to the pupil and friend of Seneca Nero, and some accuse the philosopher of collaborating, grousing before the authorities and trying to substantiate the ideology of the totalitarian regime, while others sympathetically paint the painful difficulty of honest philosophizing in a corrupted society under the iron heel of totalitarian power. Is it true, the reader will judge? However, it is certain that this is not the only problem that allows us to read Seneca as our contemporary. In his dialogues, other questions are raised, perhaps less urgent, but deeper and no less urgent for him and for us. Not without a reason, it is one of those books that are full of deeper meaning that each should read and interpret for himself.