Drama or a play is an adaptation to entertain the crowd in Greek, Roman and Indian civilizations. Gradually, it spread to other parts of the world and has become a major genre in literature. Romans influence over the English is predominant, when it comes to the development and rise of English drama. The introduction of Christianity and Latin language made it necessary for people to understand the Bible in Latin. However, education of noble languages like Latin was confined only to the nobles and members of the Church.

This has led to the development of preliminary drama, which was in control of the Church than production units [as found today]. The first play ever recorded performed at Dunstable, England is St. Katherine [1110 A.D.]. It was performed in Latin but was aimed to enlighten the English audience about the life and martyrdom of Katherine. From the Church interpretations of the Bible and various religious stories, the rise of English drama was slow.

Gradually, this form of entertainment has divided based on the performances. The play became secular with the development of “Folk Celebrations”, where the English were entertained with various stories like Robin Hood during the festival season. However, these plays were considered as degenerate by the members of the Church and drama again came to its origins [Bible]. The Church at that time also banned Strolling Minstrels representing the Barbarians, who invaded England. Therefore, the primary progress of drama came back to the Church.

It is also known as the religious drama, which used the texts of Christianity to perform either in or near the Church. However, they were not associated with the services of the Church. They were well spread in England during the 12th century and were not as sophisticated as the later plays. The liturgical drama used Latin and the dialogues were chanted in the form of melodies. There was also involvement of dance, music and tunes. As the audience expected more, there were a lot of advancements and additions in the liturgy play and it gradually gave rise to the formation of mystery plays and morality plays. 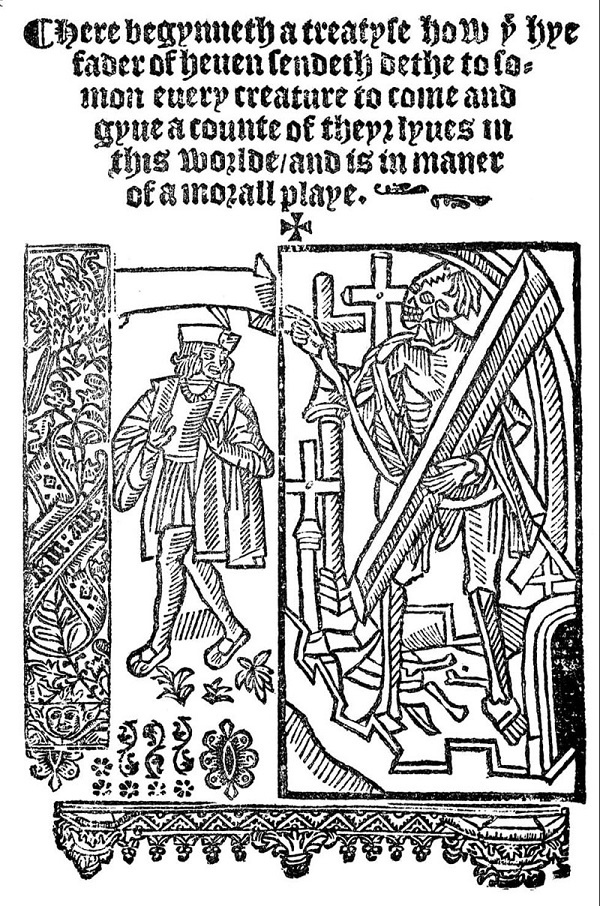 The rise of English drama has its foundations on these two forms of plays. While mystery plays were based on the stories in the Bible and the life of saints, the morality plays were based on the allegories of virtues and sins. Between the origin of morality plays and the development of mystery plays, English drama found a new place of performance at the marketplace. It became secular and guilds started to perform the plays as a means of entertainment.

The influence of Seneca and the Golden period

Lucius Annaeus Seneca, the Italian, wrote his plays based on the philosophy of stoicism and revenge; there were no comic elements found in his plays. The English writers were much influenced by the “revenge tragedy” of Seneca. Thomas Sackville, Thomas Norton, Gascoigne, etc. were the first to adopt the elements of Seneca and it was expanded by many playwrights that followed. These plays were completely artistic and were not related to Church.

The increase in new kind of plays led to the formation of concrete theatres. The first theatre was built in the year 1576 by James Burbage and called “The Theatre”. Years later, in 1598, The Globe theatre was established and it went on to become the most famous theatre. The formation of theatres encouraged the growth of commercial playwrights, who made a living out of their works. The University wits helped the acceleration of the rise of English drama through their learned yet imaginative way of writing.

The Elizabethan age [1558-1603] witnessed a great evolution of the plays. The master playwrights like Christopher Marlowe, William Shakespeare, Thomas Kyd, etc. completely found a new way of writing plays and were never in line with the Church. As a result, many genres of plays came forth and nourished during the era; therefore, the Elizabethan age is considered as the Golden age of English drama. The rise of English Drama was emphatic and glorious in the hands of Elizabethan playwrights and they have completely changed the course of drama from the early liturgies.