Michelangelo Buonarroti, one of the masters belonging to the triumvirate of the High Renaissance period [other two being Leonardo da Vinci and Raphael Santi] is renowned for sculptures, paintings, poems and architecture. However, people give credit to his famous works like The Last Judgement, David, Sistine Chapel ceiling, etc. and ignore his other works. Michelangelo was a devout Catholic and drew inspiration from the Bible. His painting – The Conversion of Saul – is a wonderful creation that does not have a similar reputation as his renowned ones. However, the painting reflects the strong sense of devotion and understanding of Michelangelo towards the Bible.

Saul of Tarsus – The Biblical Story

Saul was from the city of Tarsus and he is a self described persecutor, chief of sinners, blasphemer and an unbeliever. Saul had two names [which was the custom] – Saul was the Hebrew name and Paul was the Latin name. He was in the verge of killing the believers of the Christ and was determined to bind the believers and bring them to Jerusalem. On a certain journey to Damascus, where Saul thinks of imprisoning everyone including children and women who believes in the way of the Lord – a miracle happens.

As Saul approaches Damascus, a light flashes around Saul. Then, Saul hears a sound from the sky asking the reason for persecuting the Lord. Saul questions who it was and the voice replies that it was Jesus. He orders Saul to enter the city of Damascus and wait for further instructions. The associates could only hear the sound from the sky but cannot comprehend it. Saul becomes bereaved of vision and with the help of the associates reaches the city. He does not drink or eat for three days and involves himself in praying.

Lord comes into the vision of Ananias, a discipline, to ask him to approach Saul and relieve him of the blindness. Although, Ananias disagrees because of his knowledge of Saul and his brutality, he accepts after learning the purpose of Saul.  Ananias approaches Saul and restores his vision. He advices Saul to get baptized and he does so immediately marking the conversion of Saul. After getting baptized Saul started to preach the way of the Lord and went on various missions to spread the Word. The Conversion of Saul is considered one of the great miracles in Christianity. The Latin name Paul gradually became famous and the people got know him now as Paul or St. Paul.

Michelangelo’s – The Conversion of Saul

The Conversion of Saul is a fresco painted by Michelangelo housed in the Vatican Palace, specifically in the Cappella Paolina along with his other fresco “The Crucifixion of St Peter”. The two frescos were developed by Michelangelo during the years 1542 – 1549. The Conversion of Saul is believed to be done between 1542 and 1545. The painting style [Mannerist] has influenced Rembrandt. 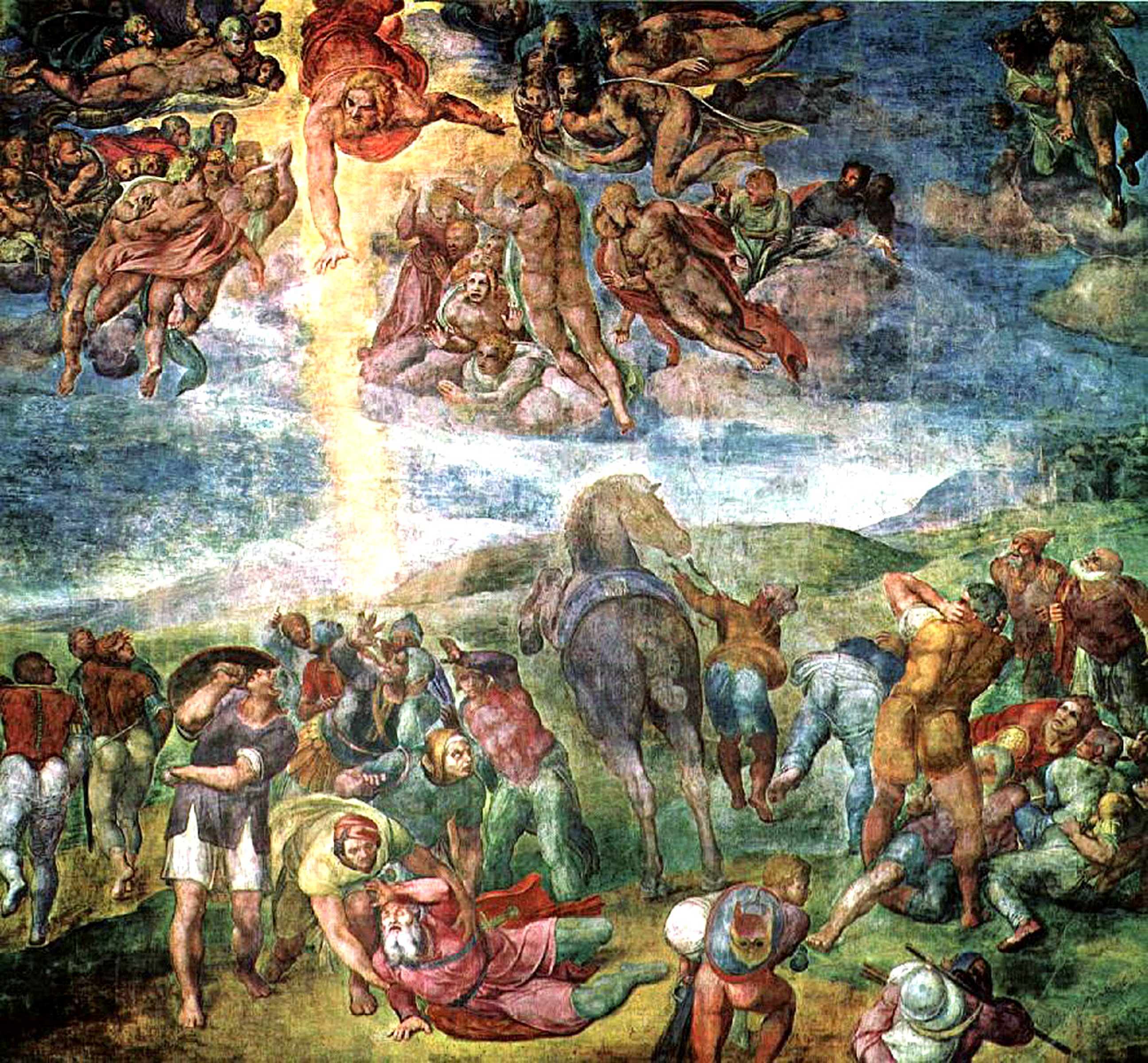 The setting is a road to Damascus where Saul, according to Bible, is leading his associates to the city of Damascus. Michelangelo depicts the exact moment where Saul of Tarsus is struck by a flash of light produced by Jesus. In the sky, the act is witnessed by a crowd of angels who are seemingly calm. On the contrary, the people are scared and look feared by the sudden flash of light.

Saul has gleaming light on him and he is on the ground, helped by an angelic presence. God’s hand is directly upon Saul and the conversation between them is symbolized by the light. A horse with glowing head is shown with its forelegs in the air. This indicates that Saul was travelling by horse and fell to the ground with the sudden outburst from the skies. During the time of Michelangelo, it is believed that falling from a horse is a symbol for fall of pride.

Michelangelo used this symbol in the conversion of Saul to indicate that Saul has acknowledged the truth and realized the power of Jesus. Analysis of the shape of Saul reveals that it is in the form of a staff held by Bishop. This shows that the grace of the God is already within Saul and he is ready to serve the purpose of Jesus. With the disappearance of pride and affection towards the body, Michelangelo perfectly depicts the conversion of Saul. He has stayed true to the story in the Bible and gave some wonderful effects with the help of colours.

The Fresco did not get the deserved fame during the time of Michelangelo; however, it gradually gained fame and became a Universal symbol to depict the conversion of Saul.