Renaissance [14th – 17th century] is the greatest resurgence movement that concentrated on human knowledge and learning the self. However, this concept of microscopic study of the self is not new for several civilizations. Humanistic values have been always present either through religious beliefs or philosophical texts. But, Renaissance gave Humanism a definitive form as numerous intellectuals began to propagate the idea of learning about the self through the understanding of Greek and Roman classics.

The emphasis went to the people because of the involvement of names like Petrarch, Bracciolini, Salutati and Giovanni Boccaccio. Amongst the famous names, it was Petrarch who devoted his life in the study of Greek and Roman. As he was the part of the Church, he had access to many classics of the great civilizations. Petrarch is termed as the “Father of Humanism” because of his remarkable efforts and contribution to the movement. Many have followed his path and started to read the Greek and Roman classics. The works of Plato, Cicero, Aristotle and other great minds were studied by the people. 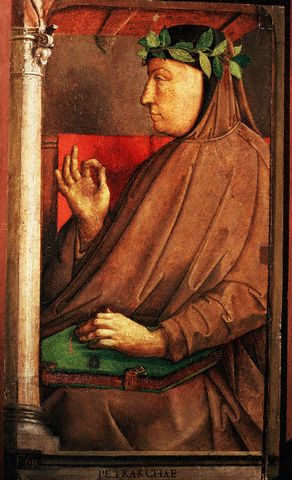 A sudden interest in developing scholarly minds increased in the people. Therefore, there was great interest in studying philosophy, literature, classical works and imaginative writings. The concentration or the aim was to establish the mind to understand the morality of man. In addition, people sought out developing physical abilities, mental abilities, artistic fervour, etc. and removed the technical living from the minds. Gradually, this led to the concept of relying on human reason and knowledge to understand anything.

Humanism changed the values and thinking of the Italian people and led to some refreshing ideas that played a great part in the shift in the history of nations. For example, humanism played a great hand in the shaping of movements like Renaissance and Reformation. As these movements spread from Italy over the years, so did the concept of humanism and the concentration on man.

Christian Humanism – During the Renaissance, most of the intellectual groups were strictly Catholic and believed that the morality displayed in the life would result to gain a better place in the afterlife. The sinful nature of human beings, the corruption and atheistic ways are synthesized with the concentration on the morality of man developed through self-understanding. Writers of such believes tried to shed the light on human beings through Christian views. Edmund Spenser, Sir Philip Sydney, John Milton, etc. are the exponents of this group of humanism.