Johann Sebastian Bach, one of the most revered German composers of all time, composed more than three hundred works during his lifetime and more than two hundred survive to this date. He is well-known for works such as Toccata and Fugue in D minor, Goldberg Variations, Mass in B minor, etc. The last one is a liturgy [Ordinary] aimed for the Latin mass and got revised extensively from 1714 to 1749 with several inclusions. Bach composed this work as a whole, but due to the many revisions it appears to be part Catholic and part Lutheran. However, it seems to be the intention of Bach to unite both the Catholic and Lutheran liturgies to show the strength in unification. 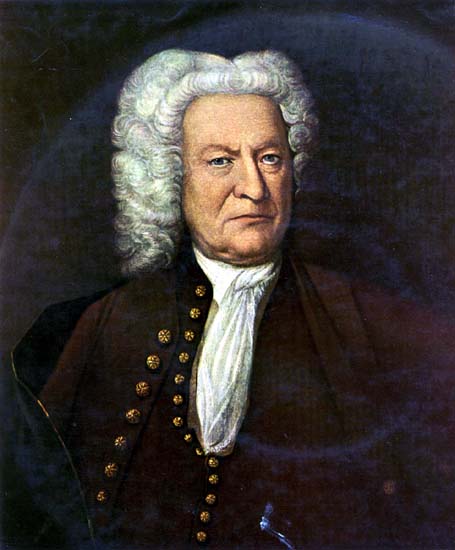 Mass in B minor is a title used by people now, but Bach never gave the composition such title and divided his work into four distinct sections so that they could be used separately. But, the closing formula of Bach Soli Deo Gloria comes only at the end of the fourth section,  giving rise to an understanding that the composing has an unified glory attached to it and can also be performed individually. Carl Phillip Emanuel Bach, the fifth child of J.S. Bach, named it as the Great Catholic Mass. After several modifications and publications of the mass, it was finally come to be known as Mass in B minor.

The Missa begins with a Kyrie, followed by Gloria.

Bach starts the mass with Kyrie eleison, meaning “Lord, have mercy upon us”. There is no mention of a particular god or messenger denoting that he intends the work to be Universal rather than belonging to a religion. It is followed by Christie eleison, meaning “Christ, have mercy upon us” to make sure that his mass fits in with the community he lives in. There are two voices used in the Christie eleison show that Christ and God are parallel sometimes, they sometimes become one and it also reflects the pain of human beings through the voice of Christ. This is followed by another Kyrie eleison, but this section is rather set in a pleading tone rather than the intense outpour in the first Kyrie.

The Gloria is divided into nine sections with Domine Deus taken as the central piece. The entire Gloria is a joyous plea to the Lord with a great assurance and hope. Gloria eleison is meant to praise the Lord with several names and thank Him for the life everyone is having and the presence of peace across the lands.

Gloria in excelsis – “Glory in the Highest…”

Quoniam tu solos sanctus – “For You alone are Holy…”

After the death of Augustus II – the King of Poland, in the year 1733, there was mourning for five months during which the public performances of music or any composition was restricted. Johann Sebastian Bach saw it as an opportunity to create something complex and composed the Missa. His intention was to dedicate it to Augustus III. He hoped to become the court composer with his dedication of the Missa. However, Bach was not made the court composer immediately, but he was eventually offered his dream position in the year 1736. The next sections are later developments [except for a few sections] of the Mass developed throughout his life.

The Credo is divided into nine sections, just as Gloria, and centres around Et incarnatus est. The unity of the sections can be observed as a gradual moment of the composition from strong faith to ultimate recognition of God and hailing Him with belief. By the end of Credo, one would absorb a lot of hope and believe that Salvation can be achieved through the Word of God.

Credo in unum Deum – “I believe in one God…”

Et incarnates est – “The power of…”

Et in Spiritum Sanctum Dominum – “And in the Holy Spirit…”

The names of the sections in Credo reveal that Bach had in mind the story of the resurrection and the death of Christ for the sins of mankind. Therefore, the Symbolum Nicenum starts with hope, gradually progresses into transcendence and portrays the Lord as the final salvation, which leads to the glorification of Him. 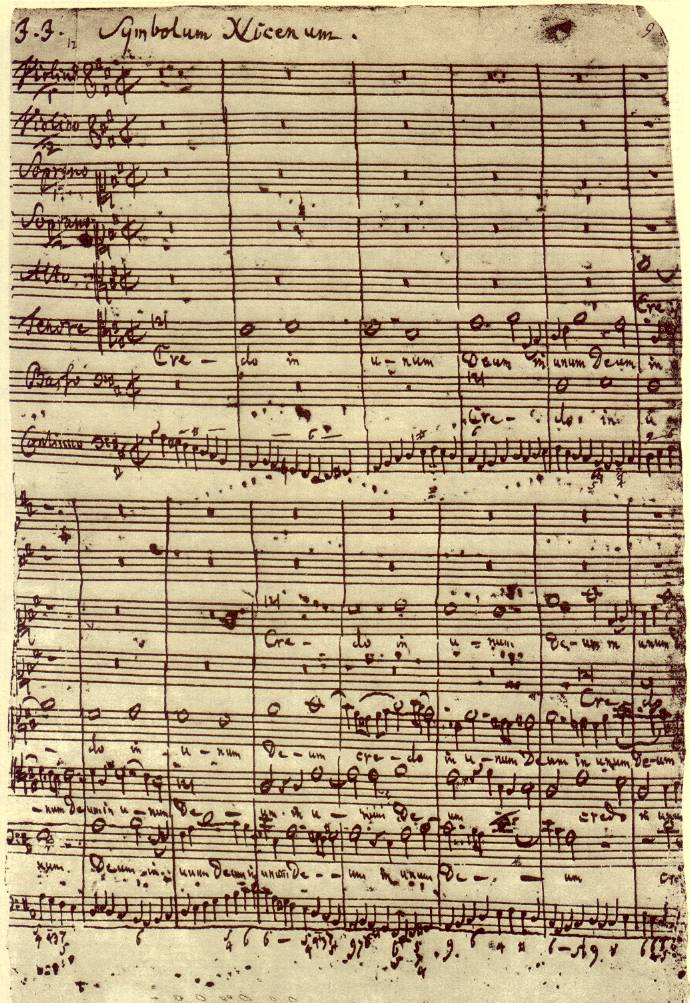 Most people believe that Missa is the first composition of Bach, but it was rather the Sanctus that he composed first in the year 1724 for Christmas day. The word Sanctus is repeated three times in the text, three trumpets are used, three oboes are used, use of triplets in the Sanctus are resounding and Bach writes in his text that the musicians should have three tenors, three basses, three contraltos and three sopranos. Critics believe that Bach has intentionally used the triplets in every aspect of the Sanctus to show his faith in the Holy Trinity. Sanctus is set in D major instead of B minor and the meter gradually changes to 3/8.

In a Mass Ordinary, the Sanctus and Osanna are joined together; but, Bach separates the two and handles Osanna [Hosanna] in the last part of his work. The music of this section was taken from Preise dein Glucke, which was written as a dedication to Augustus III. Bach made some adjustments to the Cantata and placed in the Mass. This is the only text for which Bach composes a double chorus, where the first chorus shows great excitement and the second shows assenting cheer. The role of the chorus reverses as the Osanna progresses.

Benedictus [Blessed] is taken from Mathew’s gospel and the scene where Jesus is credited as “Hosanna, the son of David”. The solo flute present in the Benedictus is a remarkable contribution to the Mass in B minor. It is followed by the singing of chorus to various instruments and all the instruments cease to play at the end, where the chorus only moves through their voice. This is believed to mark the sacrifice of Jesus for the humans he believed in. Osanna is repeated again after the Benedictus.

Agnus Dei [Lamb of God] is inspired from Bach’s alto aria from Ascension Oratorio [BMV 11]. The aria depicts the final appearance of Christ to his believers and his ascension to the Heaven. The painful separation of Jesus from his disciples is portrayed through music and text by Bach in a heavenly manner. One could feel the sadness running through the instruments, the chorus and the entire gathering.

Dona Nobis Pacem [Grant us peace] is all about showing thankfulness to God for the life and its offerings. A chorus of thanksgiving gives a perfect salute to those who show faith. Thus, Johann Sebastian Bach achieves great glory by starting with a plea to God and ending with complete faith towards. The journey in between is inspired by the life and struggles of Jesus and one should learn from it.

Bach through his work – Mass in B minor, has created something extra-“Ordinary” and has proven his faith towards his religion. The illumination of the righteous path found throughout the four part of the Mass, serves as a message to those who are still in a learning curve. The texts chosen for the Mass, the use of instruments, chorus, etc. all portray that man has every reason to believe in God and get inspired by the ways he has shown through the life of the Christ.