My Last Duchess is ‘the’ most famous dramatic monologue of Robert Browning. The poem was published in the year 1842 in the third series of Bells and Pomegranate. The particular series was called as Dramatic Lyrics. It was the first time the world witnessed this poem and the series also contained The Pied Piper of Hamelin, another well-known poem by Robert Browning.

Setting of the poem:

The poem is set in the Italian town Ferrara during the Renaissance period. The Duke [who is also the speaker] is supposedly Alfonso the second. Alfonso is the fifth Duke of Ferrara and he lived during the 16th century. The Last Duchess is considered to be Lucrezia de Medici, wife of Alfonso. Robert Browning portrays the character of the Duke with egoistic attitude and a man who likes to dominate the scene rather than getting deluged by the ideas of others. An emissary visits the recently widowed Duke and the dramatic monologue begins. 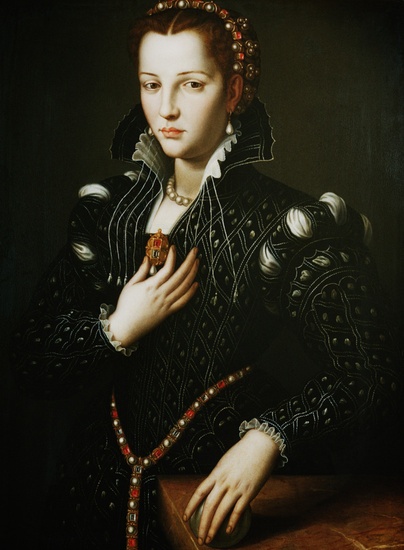 Alfonso shows the painting of his deceased Duchess exhibited on the wall. He feels that the image is alive and discerns the painting as a remarkable achievement. He reveals that the artist is Fra Pandolf who spent a day to complete the portrait. His artistry has resulted in the life like image of the Duchess and he asks the emissary to examine the painting.

The Duke acknowledges that whenever strangers look at the painting, they want to ask how the artist was able to achieve such depth in emotion. So, he answers the emissary without a question being asked. Moreover, the Duke is the only one who can unveil the curtain of the painting and answer the questions as no else is allowed to go near the painting.

The poem immediately starts with the portrayal of Alfonso’s last Duchess. The Duke is clear, crafty and aware of the words he is about to utter. Browning reveals later in the poem that the emissary visits the Duke to talk about marriage proposals. So, the Duke craftily walks him through to create an impression about him.

Immediately, Alfonso tries to establish a negative impression on the Duchess so that he could gain from it. He presents himself as a lover of art and admires the work done by Fra Pandolf. But, his real intentions are shown when he expresses his thoughts about the Duchess. The Duke says that his mistress would blush at the presence of any man. One can also detect that the artist was given only one day to complete the painting indicating that the Duke is afraid about any advancements between his wife and the artist.

Despite all the concealing ideas shown by the Duke, it is evident that he was jealous about the nature and character of the Duchess. This leads to the suspicion that her death was not normal and Alfonso had something to do with it.

Alfonso tries to explain the smile on the face of his wife with the use of imaginary claims. He thinks that Fra Pandolf might have said that the cloak of the Duchess covers the wrists [a way of flirting] or remarking that such beauty can never be reproduced by paints. The Duke says that such words were enough to produce a smile on her face as she believed that they were the words of courteousness. She was the one who would derive gladness from anything quickly. She admired everything and her sight could derive happiness from everywhere.

To the Duchess, according to the Duke, his expensive gift at her breast, setting sun, cherries presented by a fool, riding on her mule, etc. were things of joy and she blushed to enjoy any of them. Alfonso believes that she thanked many men, but in a suspicious way. He could not believe that she thinks other gifts equivalent to the proud family name given by the Duke. However, Alfonso expresses that it is too low to bend to her level and try to mend her ways even if it is possible.

The reader of the emissary does not know about the personality of the Duchess. But, Alfonso creates such psychological impact with his words that one would believe that the Duchess was unfaithful. His cynical remarks on how his last Duchess would be blushing in reaction to the words almost make it certain that she has sinful intentions in her mind.

However, her childish nature is brought forth by Browning in the lines 26-30. The Duchess is not unfaithful but a woman with simple philosophy – enjoy the life and the surroundings. Her attitude towards gifts and the beauty of Nature shows that her easy going life style, which is not something one would expect from a Duchess.

Duke is too blind with his egoistic lifestyle that he doesn’t even care to know how his wife thanked others. This has led to a misconception that Duchess is not worthy to advice and the reader can perceive from his words that she is not worthy to understand the great lineage of the Duke’s family. The contrasting behaviours of Alfonso and his wife are shown by Browning through the words of the speaker. This is an indicator of the mastery achieved by Robert Browning in the use of dramatic monologue.

The Duke goes on to explain that three factors stood in his way for advising the Duchess – he claims his inability to deliver a good speech than can change the predicament of his wife, even if he achieves it would be shameful if the wife gives out an excuse to escape and lastly Alfonso says that he will not be stooping down for anything.

Alfonso admits to the emissary that his wife smiled at him as a mark of love, but he felt that the same smile was produced to anyone who passes her by. As this indiscriminate behaviour of the Duchess grew, the Duke couldn’t bear it and gave orders to silence her. After narrating a compelling story about the death of his wife, the Duke shows the emissary the painting by Fra Pandolf where one can find the life like image of her.

The Duke resumes to business and asks the emissary to come with him to join the others. He emphasizes that the emissary’s master – a Count, is a rich man and he expects to get a good amount as dowry. However, Alfonso also states that the Count’s daughter is more important to him than dowry. On the way down, Alfonso points out at another art piece – Neptune taming a sea-horse. The bronze statue was made by Claus of Innsbruck.

The Duke is clever yet remorseless in his actions. The words “I repeat” suggest that the negotiations for dowry have been going on between him and the emissary. To make his point clear, the Duke used the story of Duchess to create a pitiful aura around himself and at the same highlight the name of his family. He does so successfully on several occasions. Further, his conversation with the emissary is also an indication to how life is going to be for the Count’s daughter.

The brilliant conclusion by Robert Browning clears the fog about the true nature of the Duke. His interest towards the bronze statue Neptune taming a sea horse reflects his interests in life. One can understand the Duke’s point of view of a noble life is to live with superiority, unconditional dignity, snobbery and unstoppable power.

Dramatic Monologue is similar to soliloquy in a drama, but Robert Browning has taken it to a more intimate level. His emphasis was always on the development of an individual, precisely psychological development. He has written many such poems but My Last Duchess is deservedly the best of his dramatic monologues for it depicts contrasting lives of a merry woman and a stern man.  If the reader could understand every word of his works like –My Last Duchess, it could lead to evolution of thoughts, personal growth and new understanding of the world.