The mysterious and admirable Piano Sonata no. 14 was completed by Beethoven in the year 1801. He subtitled it – Quasi una fantasia, which can be translated as “sonata in the manner of a fantasia”. The Piano Sonata No. 14 got popular as the “moonlight sonata” due to the German poet and critic – Ludwig Rellstab. After the death of Beethoven, in the year 1832, Rellstab related the first movement of the sonata to moonlight shining upon the Lake Lucerne in Switzerland. In ten years time, Piano Sonata No. 14 became popular as moonlight sonata and the name was referred to in many publications as well. Beethoven moonlight sonata is dedicated to Giulietta Guicciardi, who was his young aristocratic student. 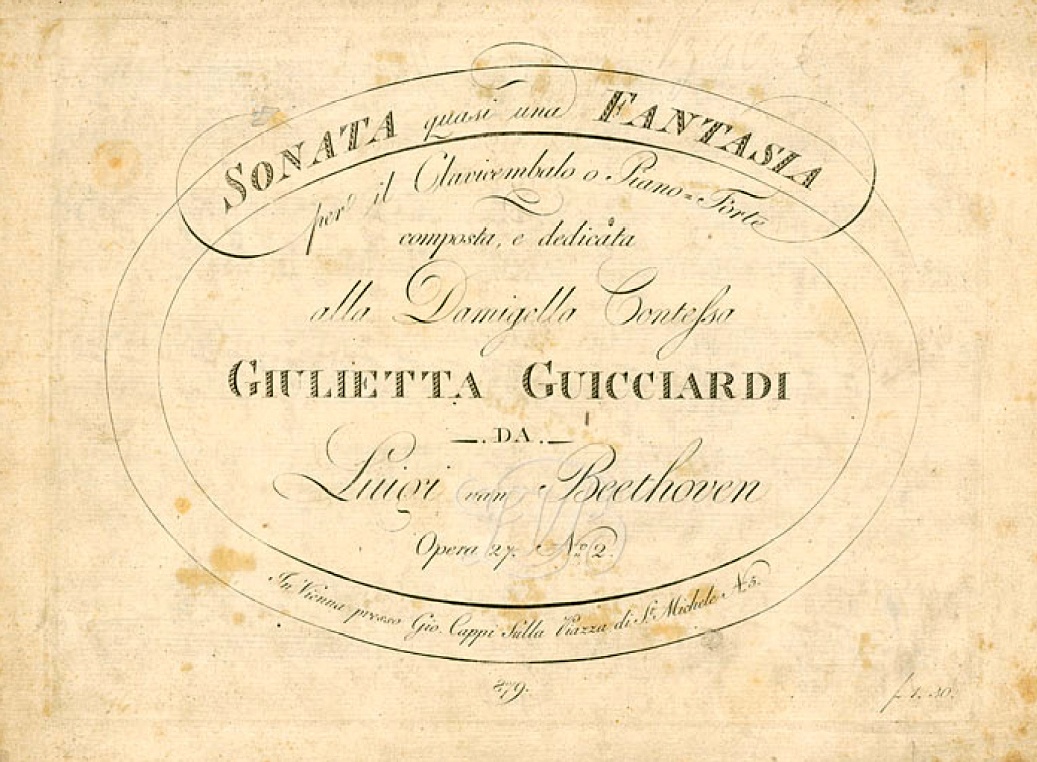 Unlike other compositions of his age, which consisted of greatly defined first movement, subtle second movement and spirited final movement, the Beethoven moonlight sonata was entirely different. The Piano Sonata No. 14 has a misty first movement, followed by a spirited second movement and ends with a frenzied (more like hysterical) final movement. It was known that the piano strings were snapped while playing the final movement of this furious yet delightful sonata. Beethoven moonlight sonata was greatly acclaimed in his age and it still remains as one of his crowing pieces.

The Piano Sonata No. 14 has three movements – Adagio sostenuto, Allegretto and Presto agitato. Adagio sostenuto in C minor has impressed critics and classical music admirers over the years and compared it to grandiose poetry, nocturnal scenery with ghastly voices, boat streaming upon Lake Lucerne, etc. Allegretto of Beethoven moonlight sonata is a bit conventional and described by Franz Liszt as “a flower between two chasms”. The Adagio sostenuto has very strong notes when compared to the other movements with a ferocious movement that can astonish anyone. It surely dominates the ear and leaves a mark on the listener.

Beethoven moonlight sonata serves as inspiration to the whole world, millions of classical music admirers and thousands of composers. However, the major influence studied in history is found through the work “Fantaisie-Impromptu” of Frederic Chopin. Chopin declared that his work was a tribute to Ludwig van Beethoven. Such is the power of Beethoven moonlight sonata that a genius like Chopin himself through his work paid a great tribute to Beethoven.