Frederic Chopin, the great Polish composer, is considered as on the greatest Piano composers the world has ever witnessed. Much of the work of Chopin is around Piano as majority of the works are destined for the performance of solo piano. However, he has done many works for other instruments as well and he is considered as one of the inspiring figures of the Romantic Period. His work Nocturne No. 8 Op. 27 No. 2 is among the series of works developed that are short in duration. As the name suggests this work is the eight of the total twenty one Nocturnes he wrote in his lifetime. The Nocturne is dedicated to Countess d’Appony as most of the performances of Chopin were done in the salon owned by the Countess. 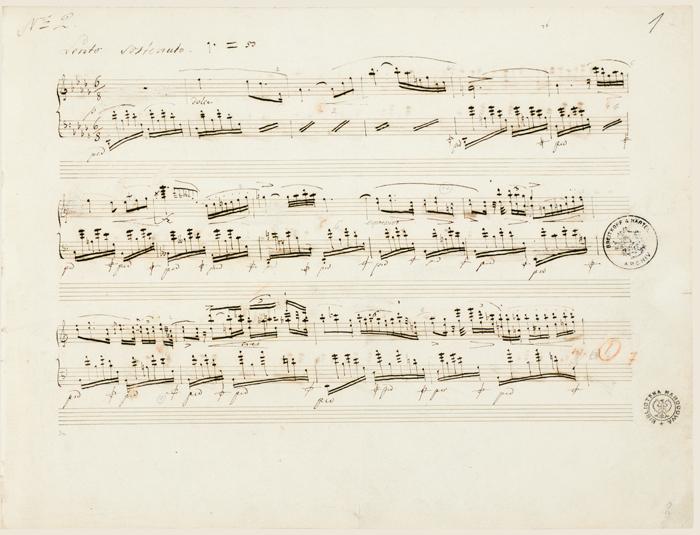 The Nocturne No. 8 Op. 27 No. 2 is the only Nocturne written for a D-flat major. The piece was written in the year 1836 and was published in the year 1837 along with another Nocturne written by Frederic Chopin. The piece is very short in length and consists of only two strophes. Nonetheless, it has all the regular features like ornamentation, lyrical melody, broken-chord accompaniment and two voice figures. The ornamentation, especially, witnessed in this work is praised by many critics as one of the best in all of Chopin’s works.

The Nocturne No. 8 Op. 27 No. 2, as a matter of fact, all of the Nocturnes consist elements that appear to have come from Chopin’s inspiration from the classical music of Johann Sebastian Bach. But, the elements of inspiration are less in the Nocturne No. 8 Op. 27 No. 2, making the piece original, imaginative, elegant; hence, becoming a trademark work of Frederic Chopin. Many pianists, movie makers, music directors, etc. have adapted this piece by Chopin.