Italian Renaissance helped with the growth of many artists and its widespread influence across nations helped blooming art as a whole. Spanish Renaissance [15th to 16th century] can be called as the consequence of Italian Renaissance that concentrated on building works in the likeliness of Greco-Roman tradition. Among the many famous names of Spanish Renaissance, El Greco is one of the stand outs. The real name of El Greco is Domenikos Theotokopoulos; a Greek painter, architect and sculptor. Misunderstood and considered as mad during his lifetime El Greco influenced the later generations to an extent that some believe that he discovered realms of possibilities that are impossible to exhaust.

Amidst hundreds of works authenticated to El Greco, Opening of the Fifth Seal [1608 – 16140] stands as one of his masterpieces that inspired Pablo Picasso to produce Les Demoiselles d’Avignon. The painting of El Greco is not complete. Critics and art historians suggest that only the lower part of the painting survived where the remaining part is damaged/ cut off in 1880. The complete painting was meant to be an altarpiece for the church of Toledo’s Saint John the Baptist Hospital. 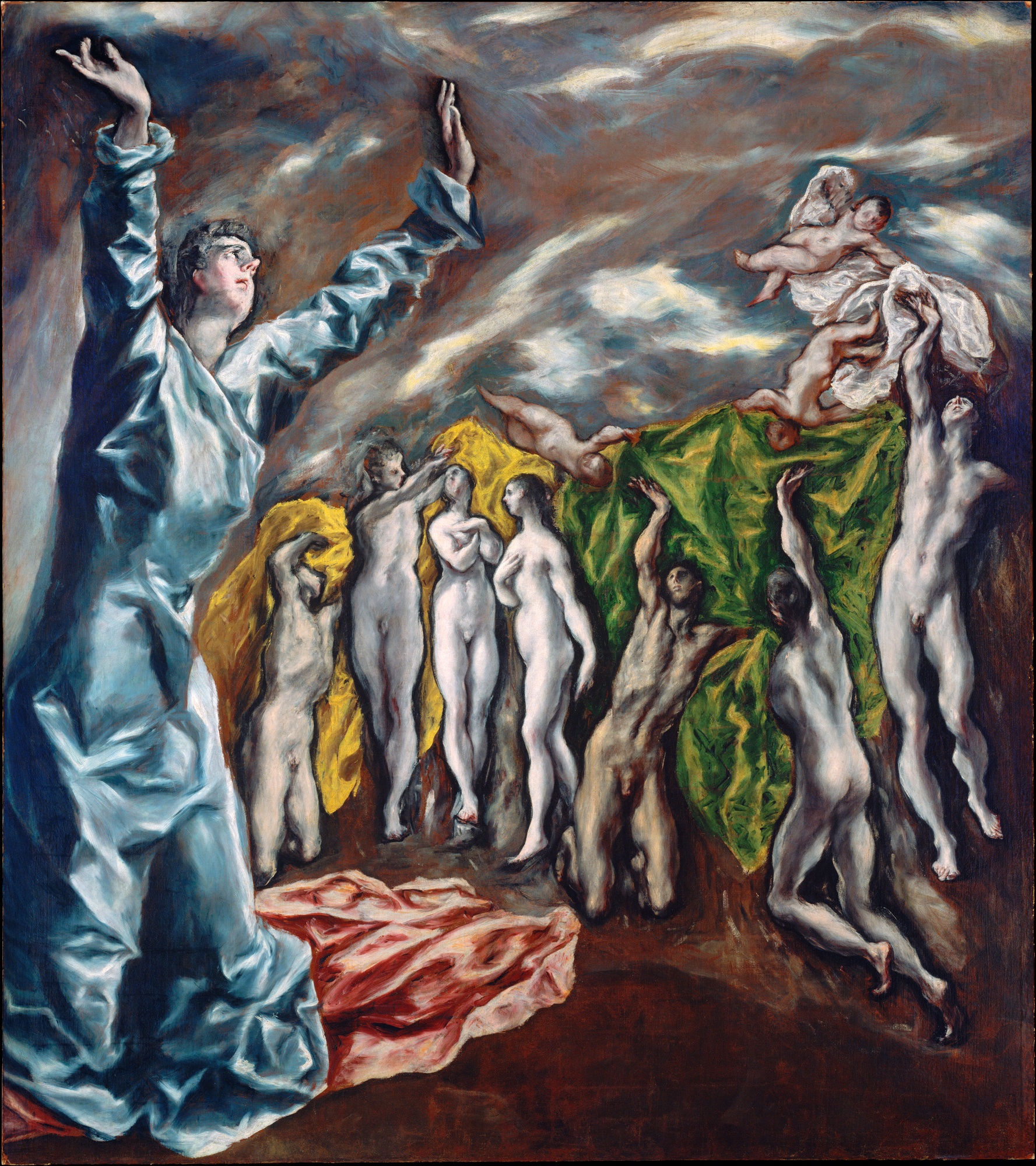 When he opened the fifth seal, I saw under the altar the souls of those who had been slain because of the word of God and the testimony they had maintained. They called out in a loud voice, “How long, Sovereign Lord, holy and true, until you judge the inhabitants of the earth and avenge our blood?” Then each of them was given a white robe, and they were told to wait a little longer, until the full number of the fellow servants, their brothers and sisters, were killed just as they had been.

Opening of the Fifth Seal Analysis

The cut off painting shows St. John kneeling down with arms raised towards the sky as if he is praying. In the background there are seven souls, men and women, along with cherubs holding robes. The naked souls of martyrs are looking out in desperation for the sign from the Heaven and are awaiting judgment. Heaven’s response can be seen through the robes that are in motion around the souls. These robes signify the protection of God upon those who are faithful. The cherubs denote the presence of God upon them trying to take care of those who are true to His word.

The multi-coloured robes and clouds give a movement to the painting providing a good justification to the title. Despite being an incomplete painting, Opening of the Fifth Seal, has become one of the greatest paintings because of the details portrayed by El Greco and the movement one can realize through the painting.