John Donne was a master in depicting love and the ramifications concerned to that emotion. It is quite fascinating as he was a minister of a Church and pious people are forbidden to deal with such emotions. However, John Donne was a completely different kind of poet and with all his metaphysical depictions he became a grand figure in the realm of love poetry. The poem Jealousy is written as an elegy. Elegy is a form of poetry where the people or the descriptions lament for a person who is dead. Jealousy represents the inner conflict of an individual dealing with his unfaithful wife.

The poet’s wife is foolish and gladly allows the husband to die. Even in such situation, the wife complaints about the jealousy shown by the husband. The poet than relates his situation to a poisoned man finding it hard to breathe. But the poisoned man feels that he has fallen from one hell to another because of the false wails of the people around him who are nothing but hounds waiting to get their hands on his property.

He then comes back to his wife who he says will not cry at his (husband) death due to jealousy, which he describes as the bane of heart. She would feel like a slave waiting to be delivered the next day when the husband dies. The lover of the poet’s wife speaks at large about the unlawful things they (he and the wife) were doing in the house where the husband and wife are together. He accepts that it is the jealousy of the husband that made them aware of the suspicion and made them to be cautious. At the end he agrees that his actions towards the poet’s wife, is similar to that of betraying a country, but there is no remorse in the words of the lover. 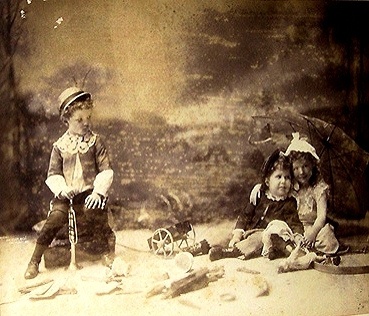 John Donne opens the poem by chiding the woman as foolish. Here one has to understand that the meanings of the words during the Elizabethan era are different from this generation; hence, when the speaker calls his wife as “fond” it means “foolish”. The wife is indifferent towards the condition of the husband and wouldn’t bother if he is about to die showing that she is not in love with him anymore. The second line reveals that the wife is not happy with the jealous behaviour of the speaker, but the speaker’s behaviour is justified at the end when the wife is found to have an affair with another suitor.

The scene shifts abruptly to poisoned man waiting for his death. He is described as a “crocheting musician” as he makes sounds to take breaths and finds it very uncomfortable to live. However, he feels that he moves from one hell to another when the selfish relatives and associates gather around him to cry those empty tears that neither have neither love nor affection. The “howling cries” are meant only with the hope to get a piece of the property of the man.

Donne uses this example to relate the condition of the speaker who is sick with the unfaithful behaviour of the wife and her feigning to be faithful to him. The speaker even believes that the wife feels as a slave ready to have freedom with the death of the master. Her enslavement is nothing but marriage itself, which is restricting her to fulfil her carnal instincts.

The poem follows the dialogue of the suitor who expresses gratitude to the speaker for showing his jealousy, which served as a warning to them.  The suitor explains the things they have doing in the same house and how they should be careful from the next time. The word “diocese” is used to compare the house of the speaker indicating that the husband is a pious man performing all his duties based on law. Further, this also represents the fact that Donne makes it autobiographical as he is a religious man working for the Church.

The shame from the suitor and the wife has completely disappeared as they are not bothered to fulfill their wishes in another house or even in another country. Their intentions to run away from the household are clear through his (the suitor) words who claims that it is indeed a treason to take another man’s wife, but he is willing to make that mistake. Further, the suitor conveys his interests after exiling to the wife. He states that they will scorn the household policies of the husband, despise his plots and spies and marks that the behaviour of the husband resembles the Aristocratic families that live on the right side of river Thames.

All the detail presented by the suitor reveals that he is either a household member or a person who works there and gradually won the heart of the wife who was uncomfortable with the ways of the husband. However, we know through the speaker’s words that he has been dutiful but it was just not enough for the wife. This shows that the wife was disloyal to his efforts and craved for one thing.

The analysis of the poem Jealousy is a standard interpretation made by many scholars across the world and there are Professors, who found religion, love, faith, etc. amidst the cravings of the wife, teasing of the suitor and the suffering of the husband. It is the intensity of the words used by John Donne that makes this poem a special one and the modern texture makes Jealousy a poem with Universal appeal.