There was a man from the family Danites, named Manoah. He had the most pious woman there could be in the land, but they were unable to have a child. An Angel appears before the woman and declares that she is going to have a child who is going to become a Nazirite to God [sacred devotee to the God]. Therefore, the Angel instructs the woman about the things she has to follow and the things she has to avoid while pregnant. When the time came, they had a strong child named as Samson who is supposed to punish the Philistines for their unworthy rule.

During the times of great conflict between the Israelites and Philistines, Samson got attracted to a woman of the rival community [Philistines]. He expressed his wish to marry the girt in front of his parents and they hesitate to accept the idea. However, they didn’t know that it was the intention of the God to move Samson closer to the rivals and make him act against them. Finally, they accept the interest of Samson and move to Timnah. 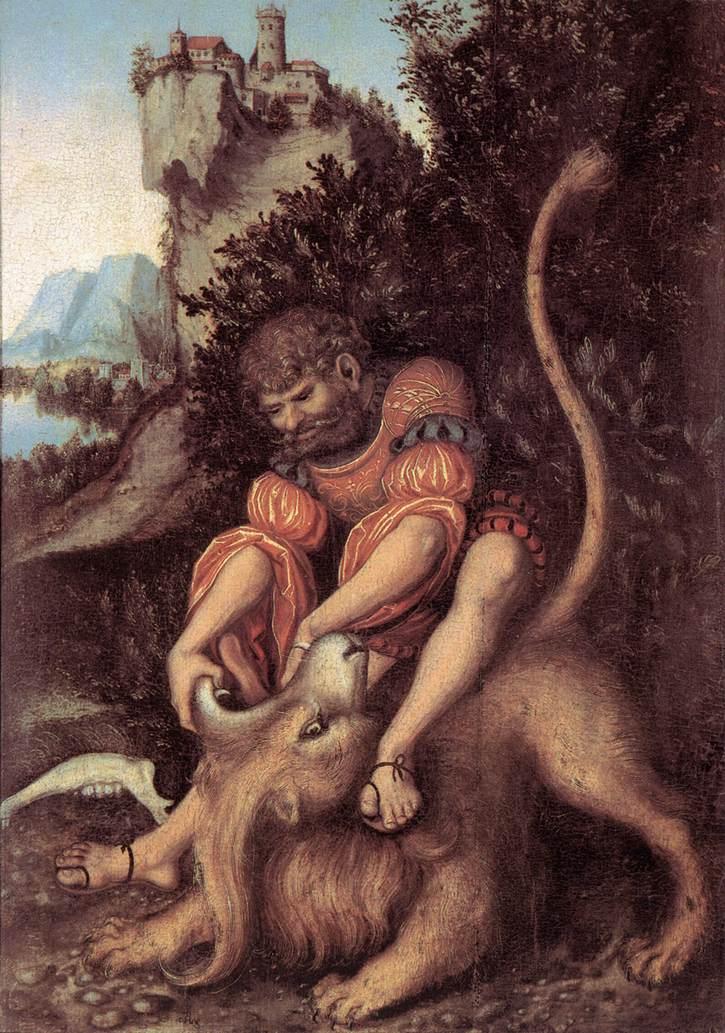 In the journey, Samson kills a lion with bear hands, which tries to attack him. His parents won’t notice, thus he will not reveal about the fight. Later, he observes that there is honey developed in the carcass of the lion. As they reach the place, the girl is well pleased to know about Samson’s interest towards her. Manoah arranges a feast to celebrate the happy occasion. The feast was attended by thirty men of the region and Samson was curious to pose a riddle. He challenges the members to answer a riddle and if anyone can answer, they will get great gifts and if not, they will have to gift him [Samson].

“Out of the eater came something to eat,

And out of the strong came something sweet.”

Everyone who attended the feast couldn’t answer the riddle and the thirty men were frustrated about this fact. On the seventh day of the feast, they threaten Samson’s wife about burning her house and father, if she doesn’t provide an answer. She weeps in front of Samson to give him the answer, which he finally does and she passes it to her countrymen. That evening the men answer the riddle of Samson:

“What is sweeter than honey?

And what is stronger than a lion?”

Samson understands that they were given the answer by his wife and infuriated he kills the men. In harvest season, Samson’s wife is given to another man because the father thinks that Samson hates her. He blames the Philistines for his fate and set torches to foxes so that they can burn the stocks and grain of the Philistines. The Judah men arrest Samson [under his own will] and they move him to Lehi, where the Philistines come shouting on Samson.

Samson with the help of a jawbone of a donkey kills thousand Philistines and names the place as ‘En Hakkore’. He moves on to Gaza and falls in love with a girl named Delilah. The lords of the Philistines saw Delilah as a route to kill Samson and approached her. They offer eleven hundred pieces of silver from each lord and she accepts the offer.

However, Samson used to mock her with false answers whenever she asked about the secret of his strength. She tries to weaken Samson by doing whatever he says and Philistines hoped in vain for days that they will succeed. Delilah gets really frustrated and vexes Samson to give the real answer. He reveals that he is a ‘Nazirite of God’ and his strength lies in his hair. 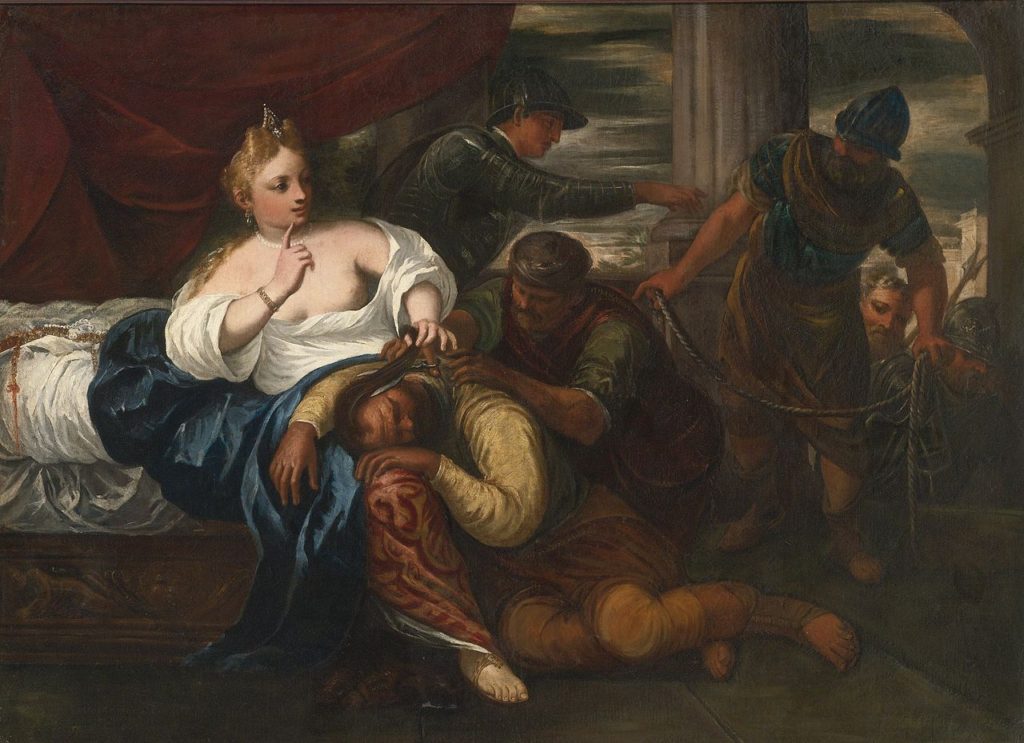 Delilah invites the lords, as she believed that she finally got the secret. As they hide behind her house with the promised money, she lulls Samson to sleep in her knees. A man is called upon to shave the locks of Samson and he does that successfully. Samson becomes weak; the Philistines arrest him and torture him in the prison. He is blinded by the Philistines. The lords give a great sacrifice to Dagon [their God] and order to bring Samson to perform at the feast.

The hair of Samson grew slightly and he was not completely shaven anymore. But the Philistines didn’t observe the hair growth and let Samson station between two pillars that supported the roof of the place. Samson decides to die with the three thousand men and women who came to the feast. So, he pushed the pillars of support and the temple fell on them leading to the death of the many Philistines and Samson as well. This is the Biblical story of Samson.