Thomas Stearns Eliot was a major poet of the modernist movement and the biggest literary figure of the 20th century with contributions in criticism, poetry, plays, essays and other forms of literature. His poetic genius influenced almost every other poet of the age and has received Noble Prize for his significant influence and contribution in the year 1948. It would be fascinating to know that his poetic volumes are very few and he did not pile up poems after poems like a- Emily Dickinson. But, his concentration on a subject and presenting the same with numerable references like in The Waste Land or A Cooking Egg has brought him fame. 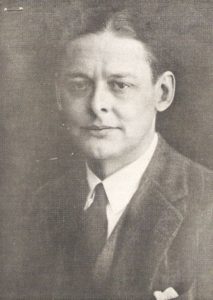 The poem is completed by Eliot in the year 1919 and was published in the volume titled “Poems” [1920]. The poem consists of thirty three lines and an epigraph. The title suggests that the speaker is a mid-aged individual speaking about his current life with Pipit, after death experiences in Heaven and detailing about the past. The poem opens with the description of Pipit – speaker’s female companion sitting on her chair knitting and with books, silhouettes and daguerreotypes. The scene then shifts to the speaker’s imagination of Heaven and different people he would meet. He speaks of Sir Philip Sidney, Coriolanus, Sir Alfred Mond, Lucretia Borgia, Madame Blavatsky and Piccarda Donati.

However, he wants the absence of Pipit in Heaven as he believes that he has much more do to do and discuss with these renowned people. After talking about lofty deeds in Heaven he comes back to the present and wonders about confectionary he bought to eat with Pipit behind a screen, which was the custom for children those days. The speaker observes “red-eyed scavengers” creeping near him. He seeks the presence of trumpets and eagles for a grand exit but realizes they are buried somewhere deep because of the lamentations of the multitude.

As with any other poem of T. S. Eliot A Cooking Egg too consists of many layers, allusions and references. The epigraph itself is taken from the poem of Francois Villon titled The Great Testament. The two lines literally suggest:

“In the thirtieth year of my life,

When I drank up all my shame”

The epigraph indicates the reader that the poem might be from a speaker who is reminiscing the joyous childhood and brooding over the present with great expectations of the future. A similar development comes to vision with the starting quatrain. Note that the poem consists of eight quatrains and a single line between the seventh and eight quatrain making it thirty three lines excluding the epigraph. The epigraph can be said as a justification to the title. Both of them render a similar meaning about a middle aged man who cannot go back into the past and has used all his energy of youth. The main part of the poem can be divided into three parts dealing with Pipit, Heaven and the morbid truth.

The speaker is not alone in the room and consists of a female companion named Pipit. The name has couple of references including that of a bird and misconstrues Hebrew occult word written on egg. The second reference is more suitable as she is described as a spinster having books, pictures and other means of knowledge. Further, the poet speaks of her when he speaks of Madame Blavatsky indicating that she is the philosophical guide to him.

As there is no youthful spirit in the actions of the speaker he starts to think of his days in Heaven after death. His expectations of himself and his life can be understood through the lofty thinking as well as his presumption of meeting with famous people in history. He speaks of certain qualities that he does not want as he will directly interact with the embodiment of those qualities.

Sir Philip Sidney and Roman general Coriolanus would be his companions when he thinks of honour and valour. He thinks of similar minded heroes who would be on his side in Heaven making him feel that his personal honour is not required.

The speaker feels that his interest in Capitals would be fulfilled by the presence of Sir Alfred Mond. He was a contemporary to T. S. Eliot who is well-known for merging several industries under the name of Imperial Chemical Industries. Mond was a political activist, Zionist and a great businessman. So, the speaker feels that he is the right individual to speak of 5% interest rate bonds issued by the British Government.

T. S. Eliot carefully introduces Lucretia Borgia and subtly compares her to a whole society. She is notorious, clever and opportunistic during her life. She is known to have associations with most of the noble families in Italy and she belonged to a well-known house of Borgia. He uses the word “anecdotes” cementing the fact that she knew a lot of people who can become a society of their own making it easy for the speaker to find a society away from Earth.

The next subject is Theosophy and Eliot uses Madame Blavatsky as a companion to the speaker to deal with it. The main philosophy of Theosophy is to find God or a higher entity to spiritual meditation and intuition. The movement was spread with the writings of Blavatsky and the speaker feels Pipit [who is his spiritual guide] can be replaced by Blavatsky in Heaven. 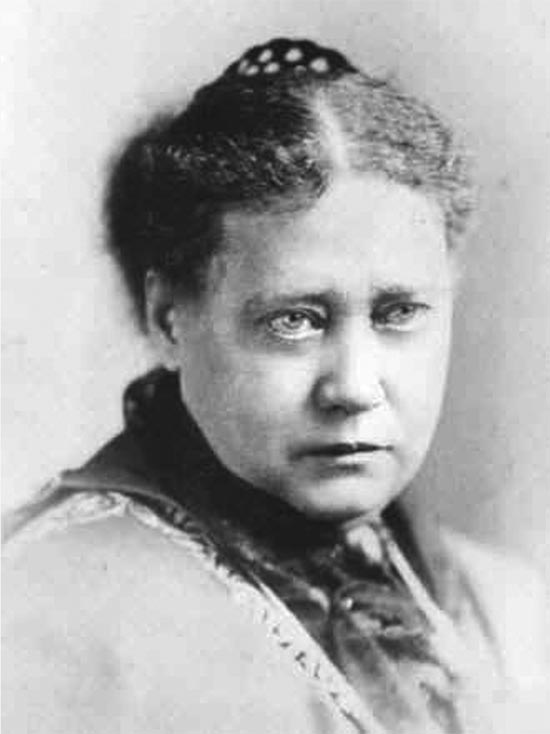 The speaker dreams about Paradise and thinks of Piccarda de Donati as the person who would guide him just like in Dante’s The Divine Comedy. However, his visions of the Heaven stops abruptly and the speaker comes to the present.

The Morbid Truth – A Cooking Egg

The speaker comes back to reality and finds it impossible to live in the past or childhood and the present where everything is filled with tension. He thinks of the custom of eating food in his own table along with Pipit behind a screen. Now, he finds scavengers in the streets of London, soldiers buried under the Alp Mountains and grim people passing their time in inexpensive restaurants like the A.B.C [Aerated Bread Company]. As the truth sets in the mind of the speaker, it becomes evident to the reader that despite lofty imagination the speaker still feels inadequate and like a cooking egg who cannot perform everything he desires.

It can be observed that when the speaker thinks of Heaven he was able to categorically divide each plain of life like honour, capital, society, theosophy and transcendence. His mind is clear and the steps are carefully planned. But, as he comes to reality there is no such clarity and he seems to be troubled by the unhappy world around him. The justification of the title A Cooking Egg is evident with the fettered thoughts of the speaker who is reluctant to do anything except to feel bad about his situation.

T. S. Eliot was able to explain the whole of life with a simple setting of a person sitting in a room with his companion and ruminating about life. The poem is a fine example of the style, depth and complexity of Eliot’s poems.