The Greek and Roman civilizations gave great importance to their culture and promoted arts through which they saw their progress. After the fall of Roman Empire in 476 AD Europe struggled to maintain that cultural richness and went into the Dark Ages. The Dark Age along with the Middle Ages starts from the year 476 AD and came to a fortunate halt in the year 1500 AD.

During the Middle Ages men like Petrarch influenced many people like Boccaccio. Humanism became the leading movement gradually and man became the centre of study for artists, poets, sculptors, playwrights, etc.

There was a great interest in the Classical works of arts, philosophy, literature, etc. Great artists of the age looked into the works of Greek and Roman scholars such as Plato, Aristotle, Ovid, Protagoras, etc. Their works and philosophy helped the Europeans to surge out of the Middle Ages and get back to the re-flourishing of knowledge in every possible subject. Renaissance started to show great effects in Florence and it rapidly spread to the rest of the Europe.

The triumvirate – Michelangelo, Raphael and Leonardo da Vinci uplifted the Renaissance with their Classical adaptations and unique representations. The true spirit of Renaissance flourished in them and many writers got influenced to read the Greek and Roman classics. The works such as Plutarch’s “Lives”, Montaigne’s “Essays, Homer’s “Iliad” and “Odyssey”, Ovid’s “Metamorphosis”, Ariosto’s “Orlando Furioso”, were translated into the vernacular languages. The influence has slowly spread into the English drama and helped to witness the golden age of theatre. 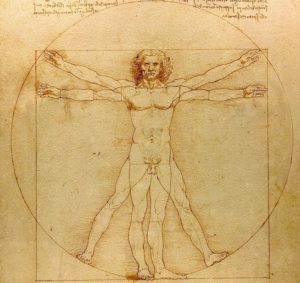 Drama witnessed a grand metamorphosis from the Church plays as more knowledge increased about the Classical literature of the Greeks and Romans. The University wits like Christopher Marlowe, Thomas Kyd, John Lyly, etc. came out of the regular career building opportunities and became professional playwrights. They touched the Classical literature and introduced novelty to English drama.

William Shakespeare is also a product of the great Renaissance and one can find many Greek and Roman references in his works. Some of his renowned plays – Julius Caesar, Antony and Cleopatra, Titus Andronicus, etc. were inspired by the Classical texts. One can find the same influence in many of his sonnets and the popular poem Venus and Adonis is based on the Roman mythological story of the goddess of love – Venus.

The contemporaries of Shakespeare like Ben Jonson, John Webster, Thomas Middleton, etc. used the elements of Greek and Roman plays to produce new kind of dramas in England. The main aspects of Renaissance followed by the English playwrights are:

Instead of focussing on the stories of the Bible, playwrights concentrated on the psychological aspects of the characters. This created an opportunity to spread the subject of the plot with limitless freedom. Christopher Marlowe’s Doctor Faustus and William Shakespeare’s Hamlet are the finest examples of playwrights focussing all their powers on the characters.

The elements of Humanism were absorbed gladly by the playwrights. Man of any stature [even King or Emperor] was shown with normal emotions. This archetypal presentation of man was possible only with the upheaval of literature through Renaissance. Previously, it was considered a sin to mock the Pope, the King or his loyal servants.

The Greek and Roman texts that were in possession of the Catholic Church came into the exposure of public. This has helped playwrights to add more depth into their subject as the mythological stories were popular amongst the masses in some sort of form [though not in a scholarly manner].

The thinking of man changed with Renaissance and there was a spirit of freedom that hovered in everyone’s mind. Many theories were questioned, the authority of Pope was questioned, reasoning abilities increased and more knowledge weaved into the minds of the people. Patriotism, Romanticism, Materialism and so on increased in England leading to a great resurgence in culture, arts, lifestyle and understanding of man.