Medieval drama is so much different from the way world knows about drama today. The plays consisted of little entertainment and more didactic elements. However, the crowd used to flood in to watch the plays as they were the only form of entertainment that they were able to easily relate. There were three essential forms of plays found during the medieval period – Miracle, Morality and Interludes. Apart from the Interludes, the two are mainly based on religious beliefs.

The Miracle Play or the Mystery Play

The term ‘miracle’ and ‘mystery’ are often interchanged and there lays a confusion when trying to know about them separately. However, it would be convenient to understand them together as both of the plays are based on the stories present in the Bible or based on the miraculous happenings in the lives of saints that led to their martyrdom. 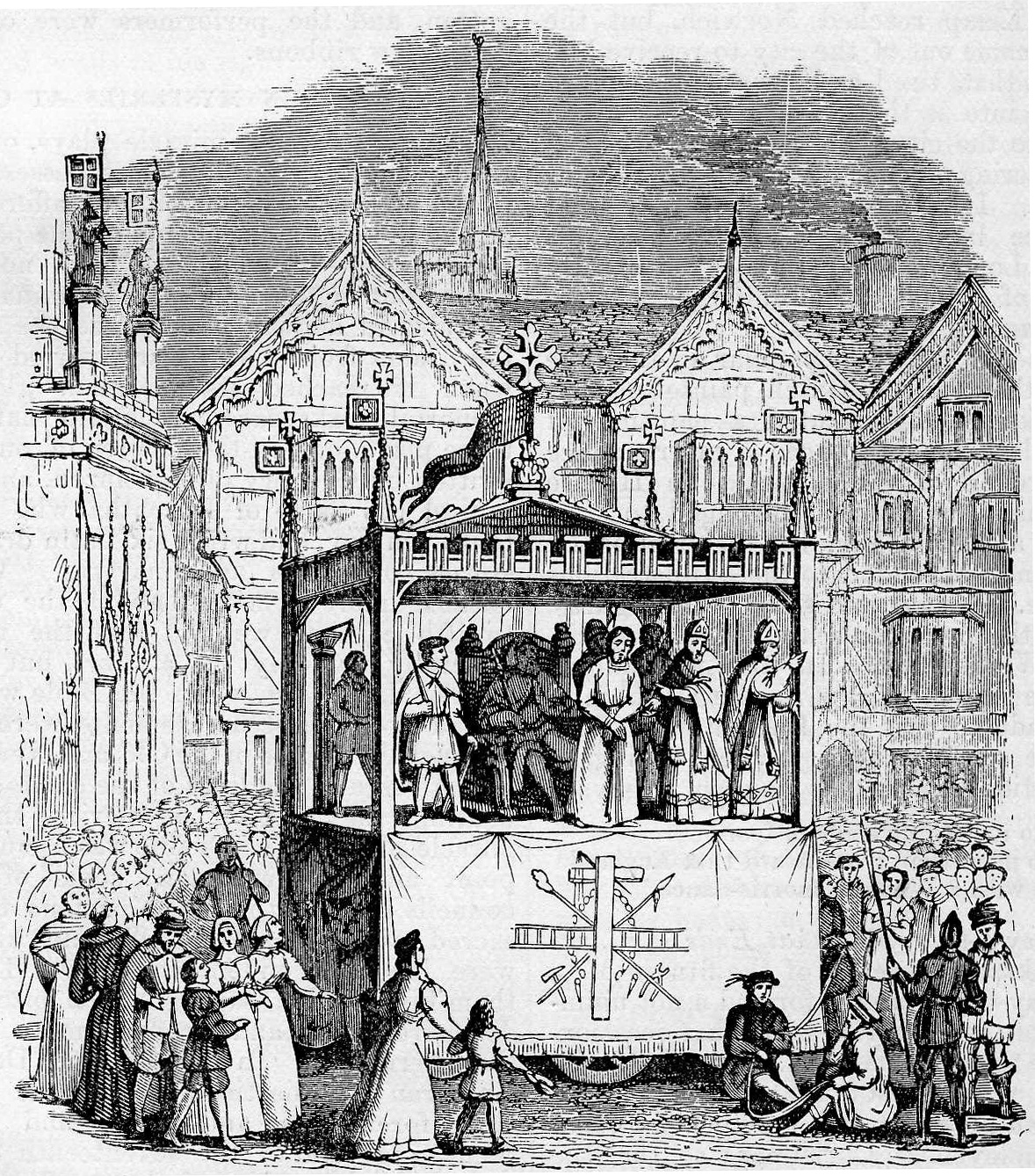 The use of Biblical figures in plays was observed as early as 10th century and they were called as “tropes”. The tropes gradually evolved taking into consideration several popular elements of the audience and by the 14th century the evolution of the drama was considerable. During this time, York and Chester cities witnessed the performance of developed plays in the form of “cycles”. Fascinatingly, all the plays were written under anonymous authorship and the cycles were well-known based on the regions at which they were performed. Therefore, one would be familiar with Chester miracle plays, Wakefield miracle plays, etc. rather than knowing the playwright.

Some of the well-known and frequently used in miracle and mystery plays are Resurrection of Christ, Abraham and Isaac, Noah, Crucifixion, fall of man and the Last Judgement. Virgin Mary and Saint Nicholas were the most desirable characters to show the greatness of Saints and martyrdom.

Morality plays of the medieval period revolved around the dramatization of allegories mainly based on the Christian life and the journey to seek salvation. Any drama of this kind would have a clash between virtues and vices. All of these characteristics were personified and the audience could actually see the virtues or vices trying to get better of each other. 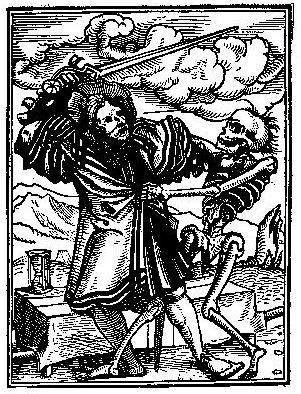 This was a revolutionary improvement in the medieval drama and audience were liked the fresh ideas presented through these dramas. The most prevalent character seen is the personification of “vice” or the “devil”, which made the audience, fall into a state of wonder. The use of these personifications continued even in the Elizabethan drama as one can see in Christopher Marlowe’s Doctor Faustus.

The finest examples of the morality plays are The Castle of Perseverance, Everyman and Mankind. They exhibit every element expected of a morality play. Plays like these were considered as links between the medieval drama and the Elizabethan drama.

Interludes, as the name suggest came in between events to provide witty entertainment to the audience. Usually, they are very short and used the topics of politics or religious issues. But, this was done in a rather funny manner; therefore, they are considered as secular farces. They were performed by professional actors either between the acts of a long play or during a feast, where entertainment was required.

Thomas Heywood is the most prominent of the playwrights who contributed a great deal to the popularity of the Interludes. His works The Four Ps and Johan Johan the Husband, Tyb His Wife, and Sir John the Priest are considered as the best Interludes.

These major forms of drama during the medieval period influenced the later ages predominantly. Shakespeare, Marlowe, etc. were inspired by these plays and learnt to perfect the form of drama with their own ideas.