Carnatic is the traditional musical form in India including a very complicated structure. It would take someone decades to perfect the form let alone experimenting with. Most people will perfect only a single branch to make a name for them and it is sufficient to become recognized as one of the best Carnatic vocalists. But, Mangalampalli Balamuralikrishna, who gave his first stage performance at the age of eight, has learnt, perfected, experimented and created his own compositions in Carnatic.

He was born in Sankaraguptam, a village near East Godavari District of Andhra Pradesh, India. His parents are Pattabiramayya and Suryakantamma. Both of them played classical instruments and this influence helped develop a great interest in the boy. His growing interest was encouraged by Pattabiramayya and he was sent to study Carnatic under a guru. Balamuralikrishna got the great fortune to practice under Parupalli Ramakrishna Pantulu, who is a descendant of student lineage of Saint Tyagraja [one of the triumvirate of Carnatic].

The fundamental musical scales of Carnatic are known as Melakarta and they contain 72 ragas. They can be understood from the image given. They are highly complicated and Mangalampalli Balamuralikrishna has mastered these scales at a young age of fifteen and was able to compose different notes by using them. 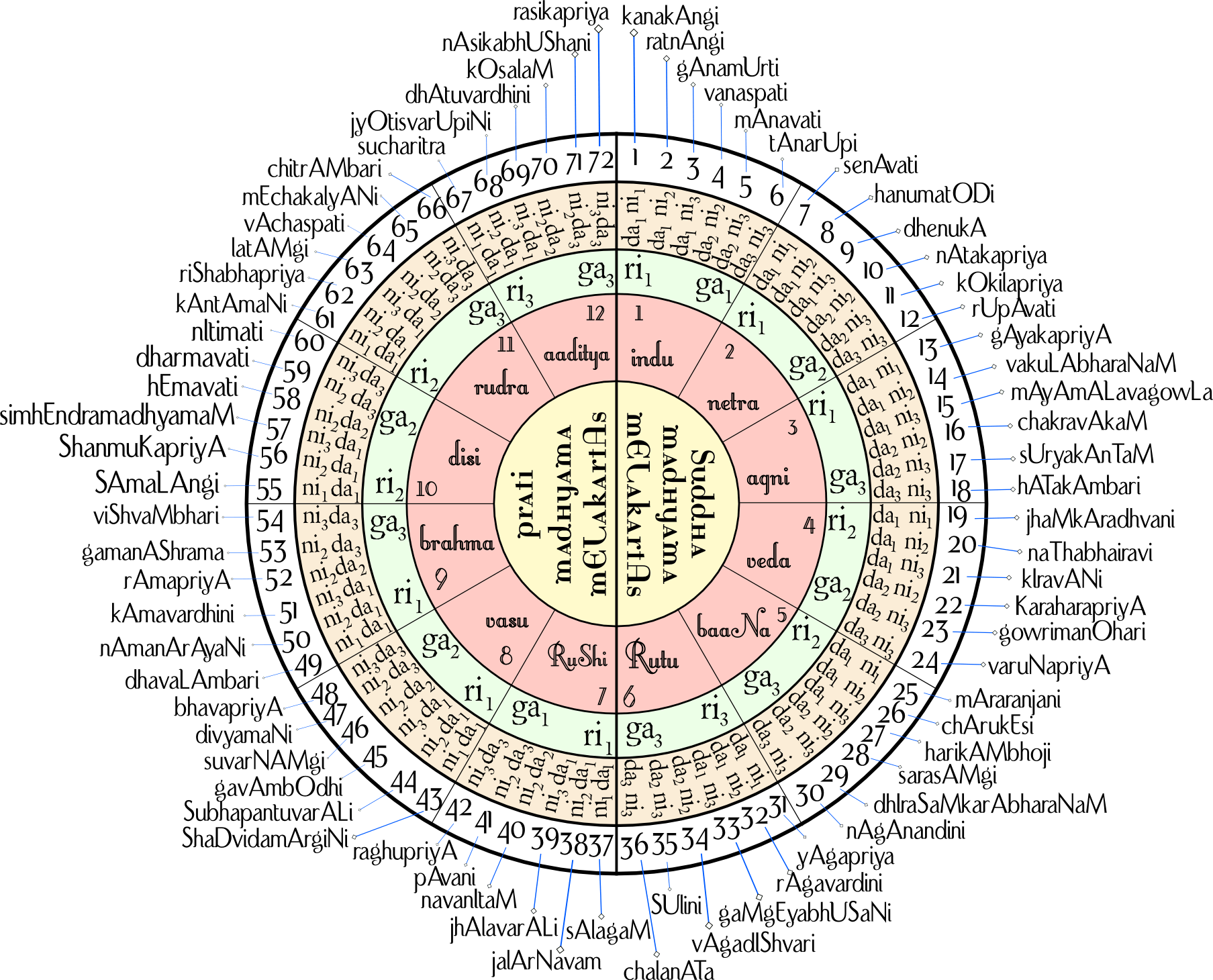 Mangalampalli is not known not only as an intellect who could grasp everything in Carnatic but also as a great man to experiment on them. His creativity is boundless, but he does not go beyond tradition and acts within the boundaries. He is credit to create ragas like Mahati, Ganapathi, Lavangi, Sarva Shri and so many. The three note ragas invented by him include Omkaari, Ganapathi, Sarva Shri, etc. The four note ragas invented by him include Lavangi, Mahathi, Sumukham, Sidhi, etc. He used new forms and structures in the Tala System of Carnatic by introducing different elements into the classic form. He classified this new system of Tala into four basic categories – Thrimukhi, Panchamukhi, Sapthamukhi and Navamukhi. During his lifetime, Balamuralikrishna tried to find ways bring peace to the mind through music therapy and worked with International organizations to achieve his goal. [He didn’t need to do such things as hearing his voice is greater than any music therapy in the world.]

Balamuralikrishna has done over four hundred compositions, gave25,000 concerts worldwide, received honors such as UNESCO’s Mahatma Gandhi silver medal, Padma Sri, Padma Bushan and Padma Vibushan. It is impossible to point at a particular work that is good, which shows others as bad. All of his compositions are great and are a part of a grand dictionary of Carnatic music. To say on a vast scale his Tatvalu, Thillanas, Tyagaraja Krithis and Ramadasu Keerthanalu are most recognized by scholars and layman. To be specific Endaro Mahanubavulu, Jagadanandakaraka, Paluke Bangaramayena, Nagumomu, Pibare Ramarasam, Yemi Sethura Linga and hundreds of others. 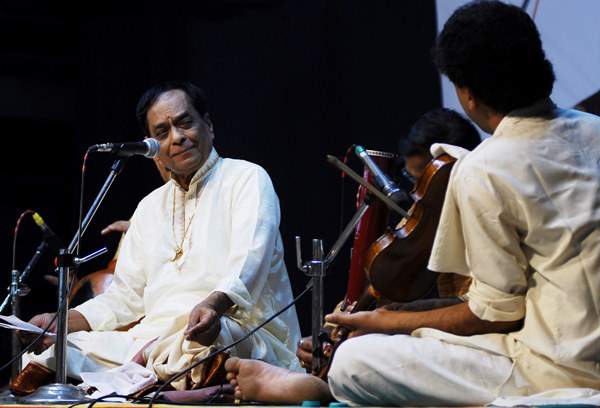 The wizard of Carnatic music passed away in 2016, but those who had a taste of his eternal voice and compositions can find him in their hearts and soul echoing through a profound, masterful voice and uplifting the soul from the ordinary ways of living taking the self to an extraordinary level. He very much deserves a place amongst the triumvirate for his contributions to a musical form that is fast declining due to the changing culture in India.