Nowadays people become more and more interested in dissertation writing, essays’ writing and other things that are not connected with art. Who knows about the Renaissance architecture or the poets of Florence? It is sad, but almost nobody cares. People have become more pragmatic and less rational/idealistic. The current article is an effort to create awareness about the famous painter Pablo Picasso and his renowned art forms – Cubism, Surrealism and Realism.

There were a lot of famous artists present in the first half o the twentieth century, but none were as popular as Pablo Picasso. He is majorly associated with Cubism [which is the matter of focus here]; however, he was efficient in portraying realistic painting and landscapes as well. He was also involved in many creative endeavors like sculpturing, ceramics and printmaking.

Cubism seeks different viewpoints to show a single subject and gives great opportunity for the artist to convey several emotions with the same painting. The movement was pioneered by Georges Braque and Pablo Picasso who were experimenting and trying to bring novelty to the visual arts. Paul Cézanne, Henri Rousseau, etc. were influenced by the experimental form of paintings and drew ideas from them. Through their works Cubism settled as an electric art form. Pablo Picasso continued to experiment in a transitional phase regarded as Proto-Cubism [1906-1910] and finally came up with Classical Cubism. His use of soft forms, tender eroticism, starkly angular subjects, depiction of space, etc. has become the standards for this art form.

For example, here is a portrait of Picasso’s mistress Marie-Therese Walter painted in soft form in his work – Woman Asleep in an Armchair [The Dream]. 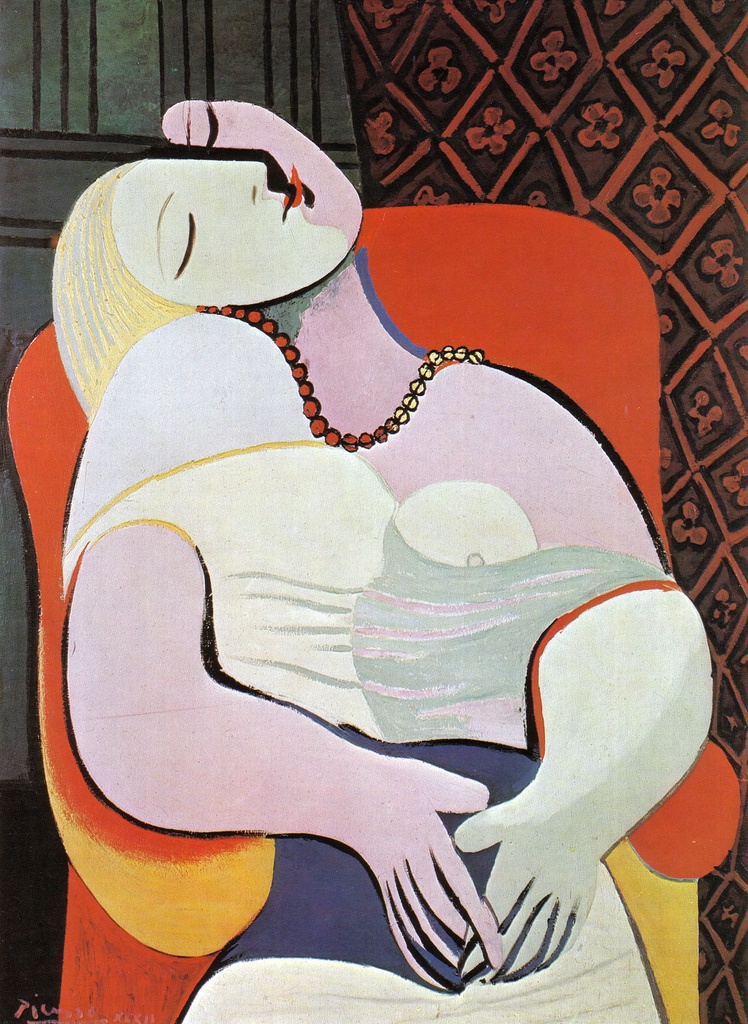 In contrast, here is an imagery of Guernica – one of the most famous Picasso Cubism paintings (and a world-famous anti-war painting):

The painting above is an example of Analytical Cubism that is a branch of Cubism developed in 1908-1912. In this type of Cubism, the natural forms are “analyzed” and then are transformed into the basic geometric forms. The scheme of color is monochromic including the grey, ochre and blue colours. The main focus is on the forms instead of the color. The natural word is represented in the forms of sphere, cylinder and cone.

In addition, take a look at the Les Demoiselles d’Avignon [The Young Ladies of Avignon] (1907) painting that is a classic example of Cubism: 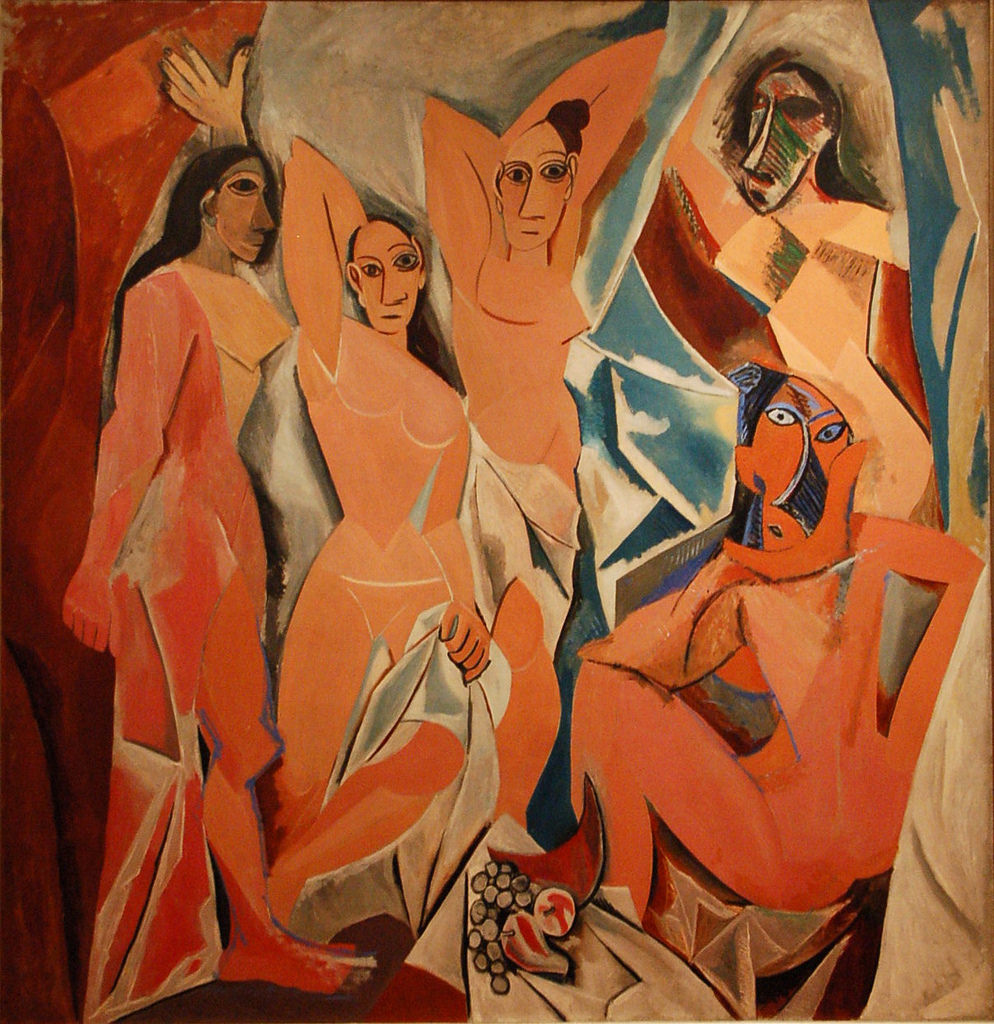 In this painting Picasso distorted the females’ bodies and used all known geometric forms in a new way. The bodies of women on this painting differ from the ideal beauty examples therefore it is a protest to idealization. It took more than nine month for Pablo to paint this work. He made a lot of sketches and he stated painting again and again to make this work a perfect one. It shows that Picasso was passionate about painting. In addition, many critics argue that this work is a reaction to “Le Bonheur de vivre” (the work of Henri Matisse) and Blue Nude. Moreover, African art inspired Picasso to work on this painting. Cubism though appears to be enigmatic, has a lot of meaning for those who can understand and dilute the materialism of a man and fill him with art.