Oscar Claude Monet may have been recognized as a great painter through his other works like Nympheas, Hay stacks series, Woman with a Parasol, etc. but he will always be remembered as the founder of Impressionism with his exciting work of art – Impression, Sunrise. Although, Monet didn’t intend to create a movement out of his paintings, he certainly wanted to shrug off the Renaissance effect that was still influencing many artists of his day. 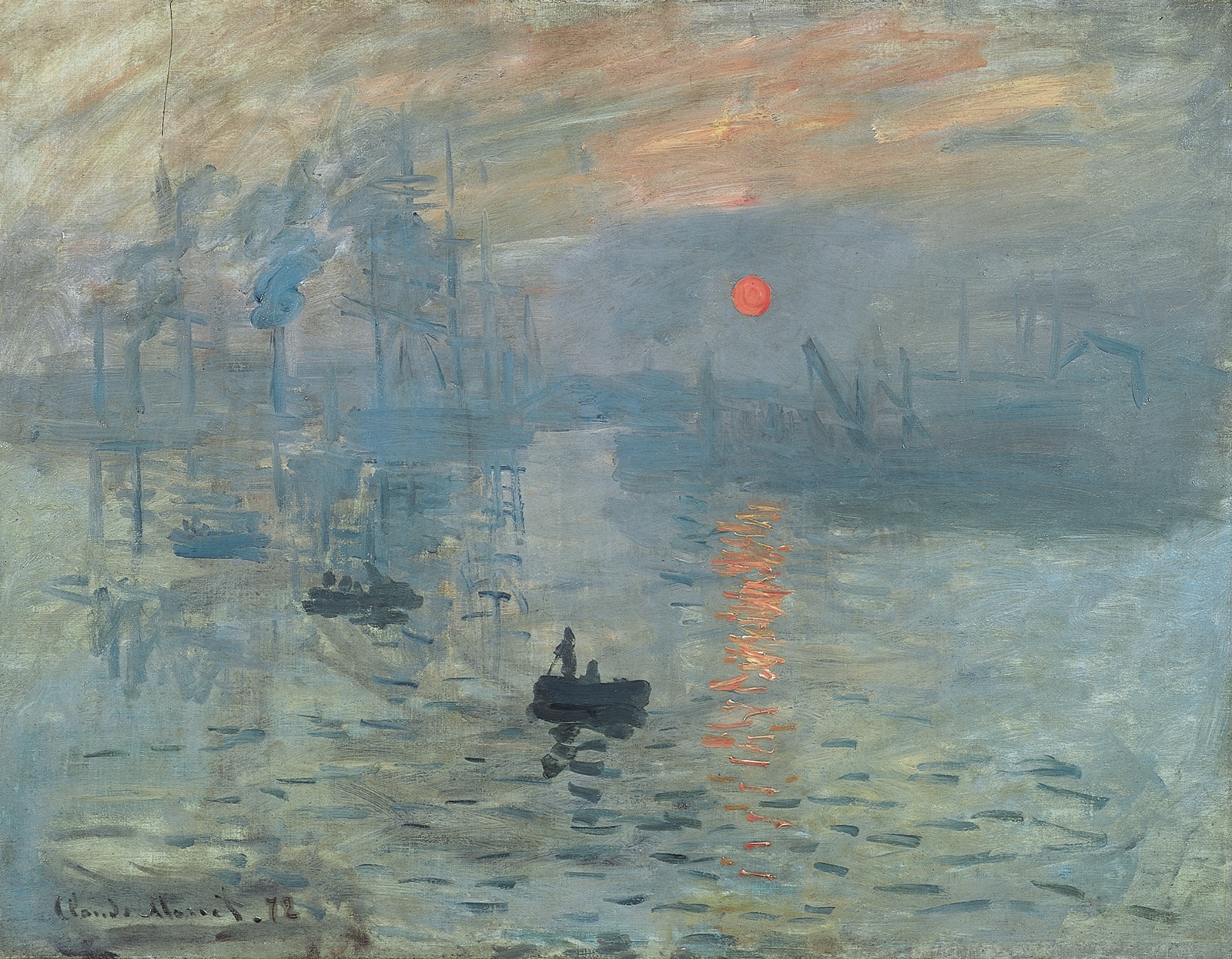 Claude Monet depicted the sunrise as seen from his hometown Le Havre’s harbour. When the painting went for cataloguing and he carefully impregnated “Impression” before the “Sunrise” so that there would be justification to the incomplete brush style of Monet. Hence the original “Sunrise” became the infamous Impression, Sunrise. The painting was completed in the year 1872.

After the rise of the movement Impressionism in the year 1874, Monet revealed several works with similar style and titles. He continued to depict his works in the same style and produced some of the wondrous masterpieces world has known.