Graveyard school is a genre that has developed due to reactions created by the melancholic strain that spread across Europe in the 17th century. The poetry of the period was so vain, teaching only philosophy and optimism as a result of solitude or contemplation. Graveyard poetry used this material as a foundation and expanded the range to a whole new level. Although, many critics oppose the effectiveness of this school of poetry, there is no question that it influenced Gothic literature and partially Romanticism.

The major subject for graveyard poets was no doubt death; but, they used elements like nostalgia, sorrow, brittle emotions, sadness, psychological battles, etc. to produce works that are reflections of mortality and at the same time aesthetic to read at. Graveyard poetry had clear detail and range that was lacking in the melancholic poetry of the predecessors. In addition, the mention of tombstones, ghosts, macabre descriptions made graveyard poetry interesting and effects long-lasting. 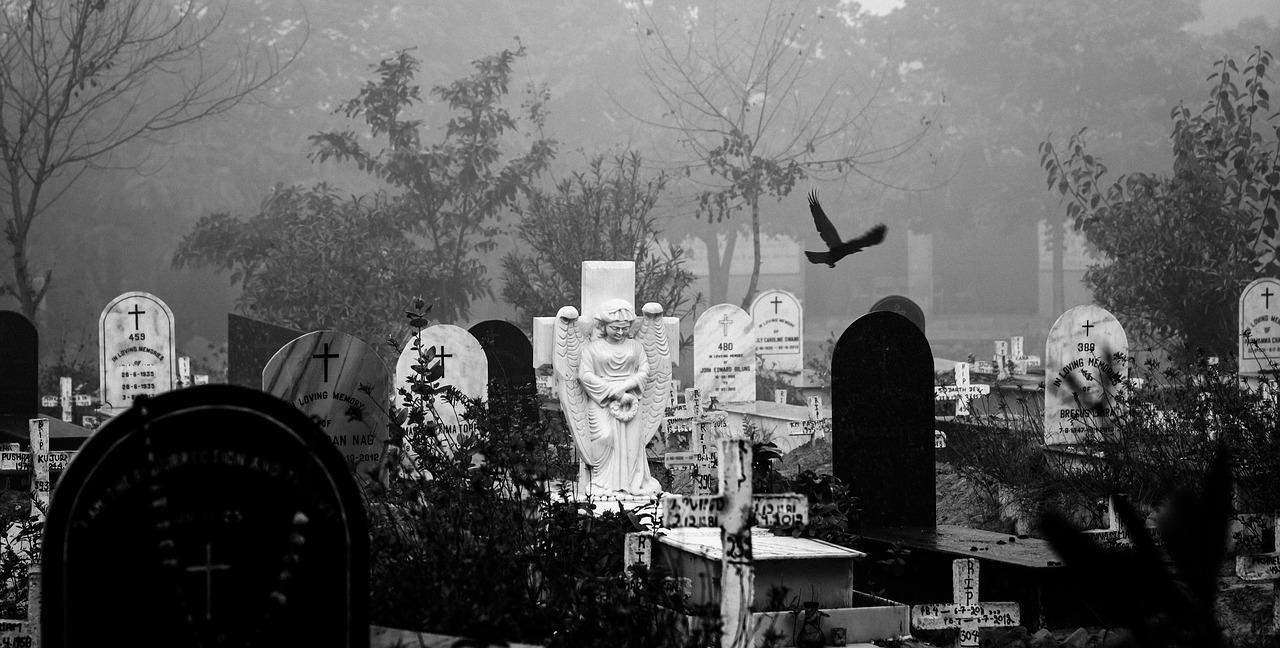 There are many poets and writers who identify themselves with graveyard poetry; however, four crucial works have become the pillars of the movement.

All of these works try to provide wisdom to the human mind about death, remembrance, pain and ways to overcome the trivial problems of life by following higher paths. Most of the graveyard poets being clergymen or men of religion, didactic style can be expected from many of the works. Here is an example of what this school presents through their poetry:

“The Left presents a place of graves,

Whose wall the silent water laves.

That steeple guides thy doubtful sight

Among the livid gleams of night.”

Such content was fresh to the 18th century readers and it was very popular during the time. The influence continued till the 19th century. Interestingly, John Keats and Oliver Goldsmith have contributed their bit to the school through their poems. The steady influence of writers has marked the beginning of Gothic literature which was scary than mind opening. However, romanticism benefited from the presence of such material and many themes developed for the use of romantic poets thanks to graveyard poetry.