“The purpose of literature is to turn blood into ink.”

For those passionate about writing and knowing literature, the words of Eliot would reverberate strongly in the minds and hearts. The world of literature is something one cannot explain in an article or book or epic, it is something that the heart feels with spending joy, remorseful pity, gritting hate, burning jealousy and inexpressible other emotions. The ocean of feelings that one could feel in the soul while reading a novel, poetry, drama, fiction or a creative piece of narration is unexplainable. Marlowe, Shakespeare, Keats, Baudelaire, Tolkien, Whitman, Emerson, Hemingway, Twain, Frost and names endless have inspired the world with their deifying words. If carefully observed, every famous work of art consists of an essence and a few ingredients that make them immortal. One has to carefully observe and contemplate them in order to improve their works.

Human Life or who we are

Where else can man find himself? It is man who is the subject of every type of literature and his manifestations of the world and the Universe and the metaphysical. The greatest raw material Nature has produced for the observing poet or the benevolent author is man. A writer only has to look at his fellow or companion to understand and write.

“Billions of mirrors reflecting their paths to the writer and he or she has to pick the right reflection at the right time”.

The motivation a writer needs lies inside and all writers have been influenced and have influenced human life. So, the fundamental essence for anyone trying to pen down something creative is to have a basic understanding of humanity.

Any writing is expected to suit the time, place and situation of any given time period past, present or future. This Universality is not difficult to achieve if the writer concentrates on the innate emotions of a human. The portrayal of emotions, as seen in Shakespeare’s Hamlet, would never out of date and will always intrigue the reader no matter what millennia or century one is reading. 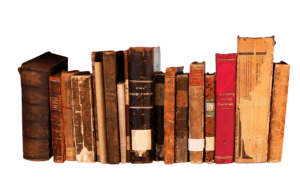 Literature is no science

While science needs language to prove its theories and inventions; literature needs no science for its existence. The obvious rationality does not work in the realm of literature where creativity and imagination are given top priority. Yes, one can use scientific elements in a book but that only aims to bring out emotions from the heart but not appeal to the knowledge base of the individual. Therefore, one can deviate from realities and create a fantasy world with dragons, werewolves, knights, aliens, etc. There is no restriction in literature and one can go far beyond expected imaginations to write something.

Literature, as can be defined

In general, literature is something written in prose or poetic format aimed to appeal the senses of the reader while reading or watching a play. But, there is no strict definition or boundary to restrict the functionality and reach of literature. The best way to express literature is through the characters found through verse or prose and the philosophy they express. Here, philosophy is not meant as a straight didactic principle but reflected through the perspectives and believes of the characters. Both characters and philosophy are interdependent as it determines the seriousness of the plot and the delight it derives.

Whether it is Dr. Faustus or Dr. Hannibal Lecter, their ideas get incorporated into the mind of the reader and the reader transforms himself or herself into the character for the time being. This influence lives on either expressively or redundantly in the mind, defining the individual in the real world. Such is the power of literature over human mind.

Experience – The Tree of Knowledge

The three basic requirements of a writer is to have are a touch of creativity, vast understanding of human nature and the ability to present it in an effective manner. Of all these, having higher imagination and ability to judge situations based on the Universal order is very important. It is morality or the lack of it that prevails in human nature. More often, an individual consists of both and the one that expresses itself more determines the person to be either good or bad. Literature magnifies this aspect with the writer being the creator of a world with his or her derived knowledge.

Therefore, acquiring experiences and deducting wisdom from them is important for a writer. The entire Universe is a book with endless pages and the writer need only to turn to the page of requirement to build characters and give out moral instructions ever so delicately.

Good illuminates itself in the presence of evil. It is true that light shines bright in the darkest of areas. So, having a strong antagonist who questions the morality of the remaining characters is crucial [may not be so in poetry]. The antagonistic elements might be present in the protagonist and bring destruction to the normal world surrounding him. For instance, Narcissus was a fine man but lacks a sense to detect pride and self admiration. The two elements brought destruction and he turned to stone as a result. The antagonist can be a person who has all good qualities but changes with time or a person who brims with evil nature. The antagonistic elements make the protagonist and the plot great in literature.

Poetry is the purest form of literature, where few words express a universe of meaning. It requires special understanding of meter, rhyme and diction. However, there is no necessity to follow all of them and a poet can produce something wonderful out of pure genius. Just as with other genres of literature, there are no restrictions in poetry as well. But, one can produce something colossal in two stanzas or can inspire a generation with a single line. There is no other genre that can immortalize an individual more than poetry and it has been the primary basis for all literature. Bits of these can be found in use in all other genres.

All the mentioned essences brew a wonderful line or page or a book. There are many other elements that can contribute, but these are chief of all ingredients that work. However, it just not takes sweat but blood of a writer to produce the perfect blend, which can be enjoyed by all.