The mastery of brush strokes and the depiction of nature at its varied hues through as simple a subject as haystacks is probably possible only for Claude Monet. He portrayed twenty-five paintings of a single subject through his Haystacks and the journey to understand the different colours of nature began in the year 1890 after the season of harvest, which marks the beginning of summer. Monet Haystacks were completed the following year when it was spring, which marked the beginning of harvest season. As the subject to observe was close to the home of Monet in Giverny, he produced through his canvas wonderful depictions of change in weather, seasons, light, etc. Today, the twenty-five pieces are not present in unison and are scattered around the world; some held in museums while some at the hands of private collectors.

The stacks represented by Monet are symbolic references to the prosperity of the countryside of France. The simplicity of the subject is criticized by many of today’s critics, but they ignore the importance of these storage facilities to the people of Normandy, France. In addition, it is said that he never took a subject without reiterating on the importance and many critics after revealing of the paintings were taken into the lap of Mother Nature and felt the depictions as admirable, adorable and painfully laborious. 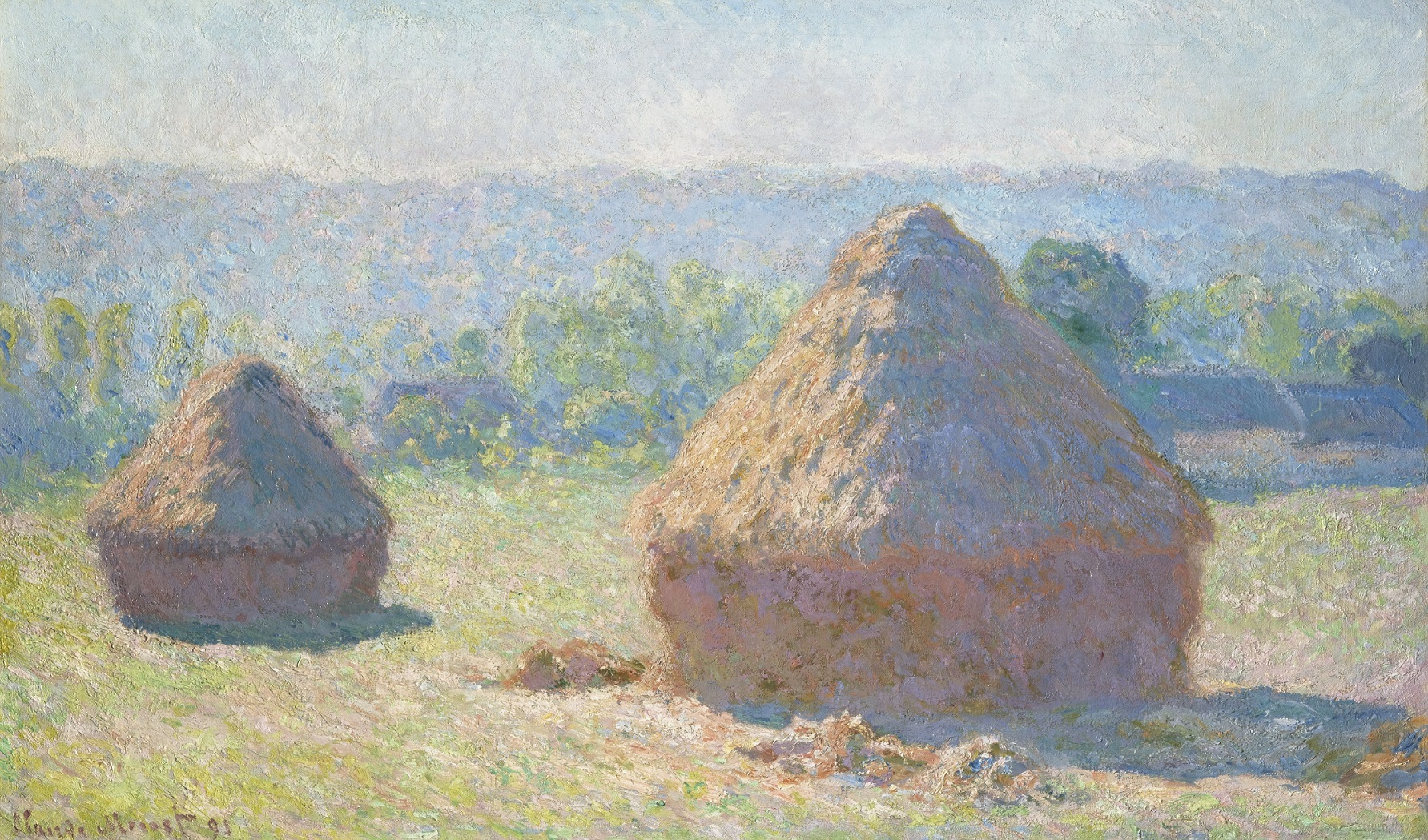 Claude Monet was always intrigued by the colour balances produced over time on a single subject and in haystacks, it is this aspect he tried to prove with the most comprehensive impressionism art that would probably ever come out. The reason for Monet to use the storage facilities might be that haystacks are simple to observe, they will remain through seasons until the next harvest, three dimensional objects with a matter of simplicity associated to it making it easy to paint and enabling Monet to concentrate more on colour balance and the perception of light. Monet Haystacks stand as inspiration to many others and out of the mesmerizing influence of the painter, many tried to follow the same and only few could obtain the same results as that of Monet.

The dimensions of Monet Haystacks vary slightly from each of the twenty-five paintings, but are nearly between 60-65 centimetres x 92-100 centimetres.