On a general note composer or composing means putting together, as the Latin term is used in the light of music a composer is regarded as the person who puts together or creates harmonious music. In a deeper sense the term composer is a reference to the great men who have contributed to the Western traditional classical music. The contribution is made in the form of musical notation and every composer writes down the notation for their works. However, the term Composer has acquired a much broader meaning and has spread to various traditions of music. 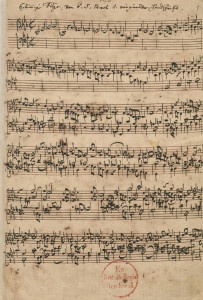 In the line of traditional composers there are many masters who are immortalized through their works. These great ones shaped the future of music and created masterpieces that are timeless. The spontaneity at which they could produce notations was an extraordinary skill, though many critics suggest that the liberal expression was due to the absence of intense rules as of today. We have handpicked the ten most influential classical music composers of all time, as an initial effort to bring awareness of their notations and life. The list will be expanded later and will come out as the second part to include more composers.

All these classical composers have developed their natural gifts into a remarkable talent and were always thinking ahead of the time. Most of the later composers either worked on the genius notations or modified the pieces for their own convenience. But no one could match their skill set and the enormous feats they achieved. In the list, there are some composers of classical music whose works were considered dissonant during their eras, such as Beethoven and Bach; however, their importance is known to the world after their deaths. It is sad that so harmonious a-music is considered dissonant, but greatness cannot be contained and the eternal masterpieces came forth with great brightness once they got recognized. We hope that the aura of these great men inspires you to either share or learn or compose great music.