Claude Monet, the French painter, known for his many works of art such as “Impression, Sunrise”, “Nympheas”, “Haystacks”, “San Giorgio Maggiore at Dusk”, “Woman with a Parasol”, etc. was the founder of Impressionism. He was born in the year 1840 (November 14th) to Claude Adolphe & Louise Justine Aubree Monet. Claude Adolphe maintained a grocery store and expected his son to do the same; whereas Aubree Monet was a singer and Claude Monet might have got his preliminary interest to become an artist through the nurturing of his mother. Here are some of the least known facts about Claude Monet:

Although, the world today knows Monet with “Claude” prefixed to his name; Monet, however, was known to his family as Oscar. After being baptized Monet’s name was officially given as “Oscar-Claude”. Throughout his lifetime people recognized him Oscar and the probable reason for getting famous as Claude Monet might have been the “Claude” present in his father’s name – Claude Adolphe. 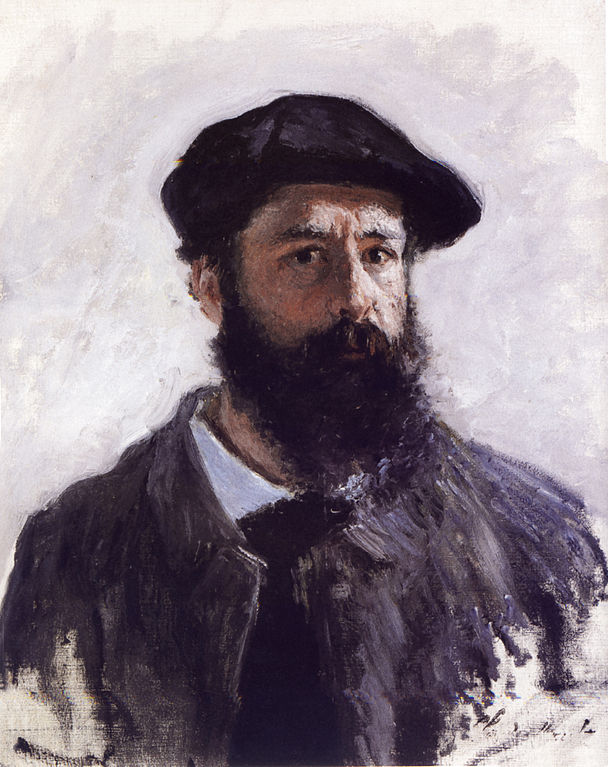 One needs no reminder about the religious beliefs in a Catholic family and how strict they’re when it comes to the matters of God. Fascinatingly, born in such a family, Claude Monet never believed in God, neither did he show any faith. He declared his opinions on Church and renounced it officially.

Monet was married twice in his lifetime. The first marriage was to Camille and he loved to paint her. They had two sons – Jean & Michel. Unfortunately, Camille died at the age of thirty two (in 1879) due to tuberculosis. Claude Monet painted Camille on deathbed, which in many ways shows the love of Monet to his wife.

After the passing away of Camille, Jean and Michel were raised by Alice Hoschede. She was a widow with six children; however, Monet married Alice in the year 1892 and all of them moved to Giverny, where Claude spent rest of his life indulged in producing artworks.

Monet was regarded as a good painter within his community, but he never got acclaimed as a major contributor to art. However, his famous painting “Impression, Sunrise” helped the cause. Interestingly, it is the negative criticism which drove people towards his works. Critics disliked the painting and one went to an extent to call wallpaper in his house better than the painting. This criticism was released in an article – “The Exhibition of the Impressionists”. After the review Monet’s works got popular and based on the title of the painting a new movement in painting arose and ‘Impressionism’ is one of the grandest movements in the field of paintings even today.

Monet was never a man to fill his hands with dirt in the garden. However, he understood the beauty of a well-planned garden and he designed his own layouts. His plans were implemented by hired gardeners and some of his greatest masterpieces including “Water Lilies” or “Nympheas” were inspired by the garden views designed by him in Giverny.

Oscar-Claude Monet died at the age of 86 due to lung cancer. He was buried at the Church of Giverny and he wished to have a simple ceremony, thus only few people came to pay their respects. His life was simple and so was his death, but the contributions he made to art through his paintings is so huge that the name Monet will forever be remembered as the ‘father of Impressionism’, who paved way to a new style of art.