The best of books are known to linger long after you’ve finished reading them. While reading in general is extremely beneficial to your cognitive thinking, there are kinds of books that take you deep into world truths, new lives, strange but empowering ideas and unknown possibilities. These books affect how you look at your life and the rest of the world. Here are 15 best mind-expanding philosophical novels, recommended if you’re looking to read as an improvisation from school or looking for the best books in existence

A classic by Gabriel Marquez, this book was crafted with the tenderest touches of humanity. This is a perfect blend of philosophy and literature. Hemingway himself swears by this book, citing Marquez’s use of magical realism. At a glance, the story simply tells the rise and fall of a stranger from a mythical town; but dig deeper and you’ll find a story about fleeting time and human existence.

Here, Nietzsche paints the world of an ancient religious leader called Zarathustra, which serves as the voice of his views. Here, he introduced the controversial concept of “superman”, which was later perverted by the Nazis. The famous quote – God is dead – comes from this book.

3. The Stranger by Albert Camus

This book is a haunting and challenging, one of the best life changing philosophical novels to read in your 20s. Despite being fiction, it succeeds to express the concepts and themes of existential philosophy, far better than actual noted philosophical writings. It’s a must read for people contemplating their roles in the vast space of the universe, and the concept of human nature.

Sartre tells that story of four individuals, all living ordinary young lives. They speak ordinary language, and go through familiar experiences. There is no prophet, no awareness of any philosophical concept. There are no intellectual discussions, which is precisely Sartre’s phenomenology rolling.  Here, the idea of intimacy is discovered through introspection and interaction, emphasizing the necessity of connecting with others. There is a sacrifice of freedom for the sake of commitment and participation, but it is here where we discover the true meaning.

This piece by Gibson was given recognition multiple times – it received the Hugo Award, the Nebunal Award, and the Philip K. Dick Award. This science-fiction book holds Matrix, a world within a world, which represents each and every byte of data in the cyberspace. Here, the adventure begins when a data thief is summoned to target a powerful artificial intelligence orbiting the planet Earth.

This philosophical fiction is known as one of the world’s best antiwar books. Vonnegut tells the story of the bombing of Dresden, through the character Billy Pilgrim. This man is abducted by aliens, and the story unfolds as the phases of Pilgrim’s life. This tragic unfolding displays his and the author’s horrific and heart wrenching experiences as prisoners of war – a powerful read.

7. Zen and the Art of Motorcycle Maintenance by Robert M. Pirsig

Pisrig’s work is one of the most powerful philosophical novels.  This American classic has affected countless of lives, despite it being controversial. The title is misleading, talking none about Zen or motorcycles. Instead, it follows the story of a former professor and his inquiry on the concept of Quality, followed by his relationship with his son.

8. The Sirens of Titan by Kurt Vonnegut

This is a satire composed of dark humor, social commentaries, and the voice of Vonnegut himself. It speaks of the concepts of time and space, following the life of the richest man on Earth as he faces his prophesied fate.If you’re looking for a read to ignite your senses, or simply for a school requirement, this piece of literature is a good find. If you need help understanding certain concepts and need help crafting an essay, a narrative essay service is the best place to go. Philosophical novels or books can be tricky to read!

9. Thomas the Obscure by Maurice Blanchot

Another one of the best philosophical novels; Blanchot aimed to break boundaries between genres. This paved way to open the door to philosophical fiction, but at the same time closes it by denying its distinct classification. Here, he writes fiction in full with an aspect of philosophical investigation. This body of work essentially speaks of a journey of consciousness. There is no familiar plot, narrative, or characters. Thomas is a man with no history, no familiar experiences. Life is depicted as an endless cycle.

Considered as one of the best science fiction and satire books, Huxley’s Brave New World takes place on a future Earth. Here, human beings are mass-produced and conditioned into a rigid caste system. The reader is thrown into a series of disturbing secrets as the story unfolds, secrets of which that lie out in the open for this new world to see.

11. The Metamorphosis by Franz Kafka

Despite being under a hundred pages, The Metamorphosis is considered as one of the best philosophical fiction books ever to be written. This book follows the story of a man, one day waking up to find he has been transformed into a large insect. This follows his attempts to deal with this change, as well as his family’s reaction to this. Under that metaphor is truly a story of a breadwinner finding himself unable to work, as well the world’s reactions to this, someone who is disabled and terminally ill. 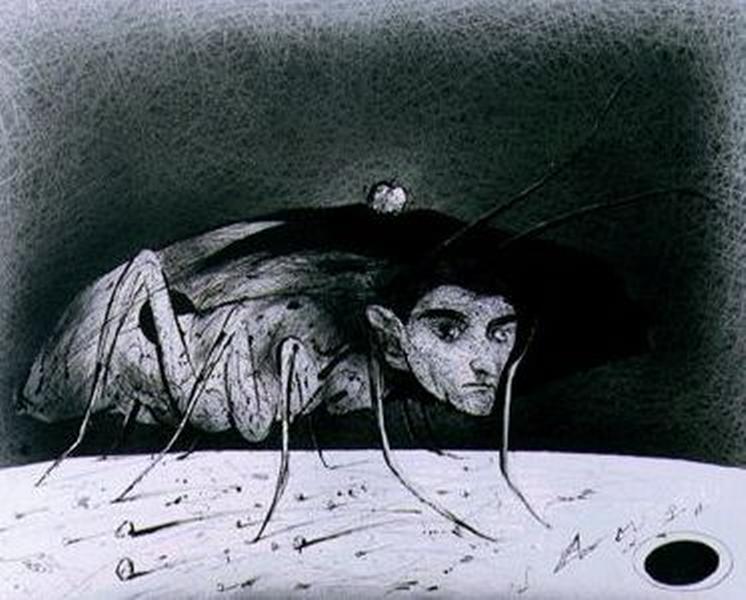 This is one of the best books for philosophy lovers, one of the most influential texts written. After almost 2500 years, all these lessons are still relevant. It teaches one various strategies and tactics.

13. Letters from a Stoic by Seneca

Letters from a Stoic is a collection of letters Seneca wrote to a person named Lucilius. These letters are considered as short essays, which mesmerizingly weaved Seneca’s stoic beliefs and how he sees the world in general together.

14. A Severed Head by Iris Murdoch

Murdoch resisted the concept of her work being philosophical fiction. A Severed Head boasts of an entertaining story, given life to by mad characters. Iris Murdoch believes that philosophy clarifies and literature mystifies, and she crafted this piece with ethical considerations. While resisting its nature as a one of the best philosophical novels, the philosopher in Murdoch jumps out between the lines more than the novelist.

15. Lord of the Flies by William Golding

This piece is a classic, required to be read by schools and universities, especially in the 1960s. The book tells the story of a group of little boys stranded on an island. This holds a portrait of the brutal side of human nature.

Books are portals to other worlds, with the ability to nurture our human curiosity. While there are countless others, these 15 best mind-expanding philosophical novels are sure to keep your intellectual desires satisfied!